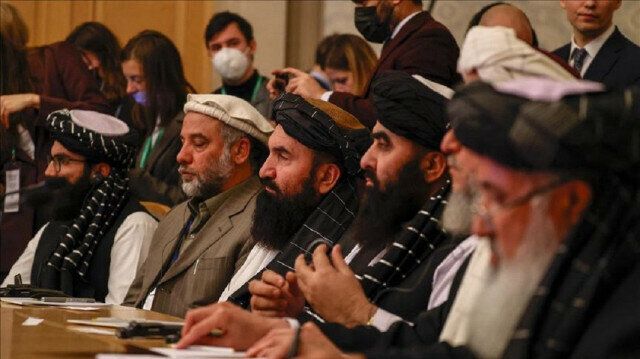 Russia is considering oil and gas investments in Afghanistan, the spokesman of the Taliban interim government confirmed following a meeting with Russian investors in the capital Kabul on Monday, Yeni Safak reports.

“Mr. Mawlawi Sahib Abdul Salam Hanafi, the deputy prime minister (of the Taliban government), met with a joint delegation of Afghan and Russian investors in his office. In this meeting, the efforts, extraction and establishment of oil and gas refineries, and cement and alloy plants and the establishment of a cement production company were discussed in detail,” Zabiullah Mujahid wrote in a Twitter post.

Mujahid said all efforts would be made to support Russian investments by introducing investor-friendly laws.

After the Taliban took over the country on Aug. 15, 2021, several countries announced investment plans for Afghanistan.

Suffering from a lack of foreign aid, the Taliban administration has been seeking investments in the mining sector.

In October 2021, Mujahid said China wanted to invest billions of dollars in Afghanistan if the Taliban would guarantee security for their workers and assets.