Kazakh leader informs EC President about situation in his country 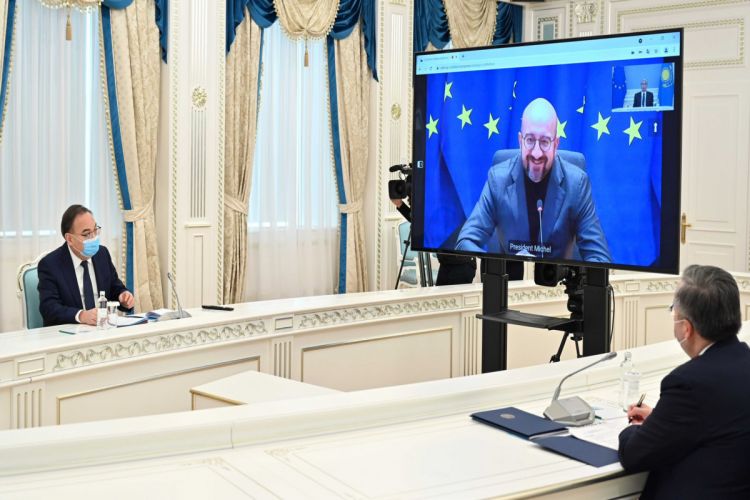 "Productive conversation with President of the European Council Charles Michel today. Updated on situation in Kazakhstan. We faced unprecedented act of aggression and assault on our statehood, and took urgent measures to restore constitutional order and rule of law. We never used and will not use armed force against peaceful protesters. All such allegations are false. Kazakhstan will continue to strengthen partnership with EU," noted President.