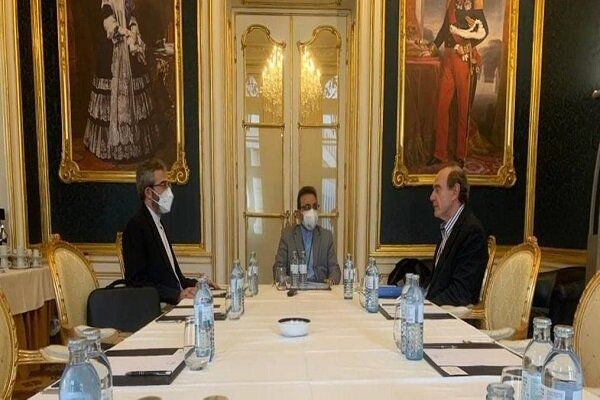 In the course of the Vienna talks, Iran's lead negotiator will hold a meeting with Enrique Mora, the EU coordinator of the Joint JCPOA Commission meetings after he met with Mikhail Ulyanov Ulyanov, Russian envoy to the talks on Wednesday.

The meeting with Ulyanov took place on Wednesday morning while the meeting between Bagheri Kani and Mora is slated to be held later tonight.

The Iranian president said that his administration will continue to talk to the P4+1 in a bid to get the US to remove the sanctions while it will not wait for the talks' results and will continue to neutralize them.

It has recently been announced by the National Iranian Oil Company that oil production has increased sharply and it will return to the pre-sanctions level in a matter of a few months.