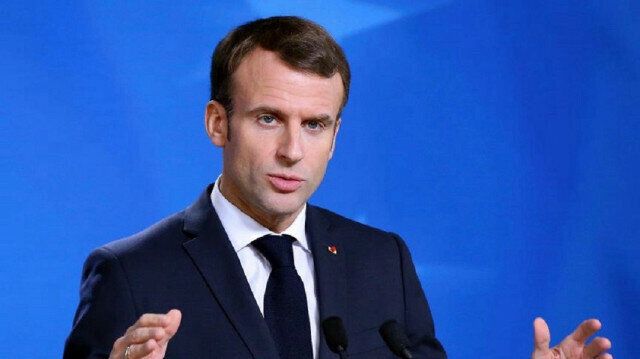 French President Emmanuel Macron on Wednesday officially recognized the March 1962 indiscriminate killings of demonstrators of French origin in Algeria and admitted that the horrific shooting is “unforgivable.”

“I say it loud and clear today: this massacre of March 26, 1962 is unforgivable for the Republic,” Macron said during a meeting at the Elysee presidential palace with Algerian-born French nationals commonly known as “pieds-noirs” (black-feet), a derogatory term for those who fled and returned to mainland France following the independence of the North African colonies, Eurasia Diary reports citing Yeni Safak.

Macron, who is yet to formally announce his candidacy for presidential elections due in April, is the first head of the state to acknowledge the brutal event, which was censored in the past.


He disclosed that soldiers from the 4th regiment fired on a crowd demonstrating in support of French Algeria.

“That day, French soldiers, deployed counter-intuitively, morally damaged, fired on the French. It is high time to say it. What was to be an operation of order ended in a massacre," he said.

French-origin people who were opposed to independence and wanted France to remain in Algeria took to the streets in protest. The unarmed protestors, who were trying to cross a roadblock during a siege laid by French forces anticipating uprisings and trouble from rebels, were shot at by machine gun-armed soldiers of the French army. An estimated 50-80 demonstrators are believed to have been killed in the shooting.

The incident marked the beginning of the exodus of the French-origin people from Algeria totaling more than 900,000 people. Deeply impacted by the sense of loss and longing for their country of birth, they faced discrimination in France and were treated as outsiders.

Macron expressed remorse that the returnees from Algeria "were not received and listened to" by the government, as their loss was never acknowledged.

He also referred to the Oran massacre, where hundreds of European nationals, and particularly the French, were killed by mobs of Arab Algerians on July 5, 1962, the day Algeria became independent from French rule.

“This massacre, too, must be looked at in the face and recognized,” Macron insisted.

Last year, Macron condemned the Oct. 17, 1961 massacre of demonstrators supporting Algeria’s independence by French police in Paris, officially recognized the torture and murder of Algerian revolutionary leader Ali Boumendjel by the French army, and sought “forgiveness” from the Harkis (native Muslim Algerians who served in the French forces) and their descendants. He also announced the opening of archives on the Algerian war documenting torture and killings by the French police and the gendarmerie 15 years in advance of the stipulated declassification.

Macron has been advocating for reconciliation and seeking closure on the historic crimes committed during the Algerian War.