Roots of Peace and the International Eurasia Press Fund have addressed an appeal to the UN Secretary-General
Read: 363

We are now stationed all along the border, military units have been established on all our borders - Azerbaijani President
Read: 244

Nearly three dozen of people have been detained in operations launched in different cities over their suspected links to the terrorist organization PKK. 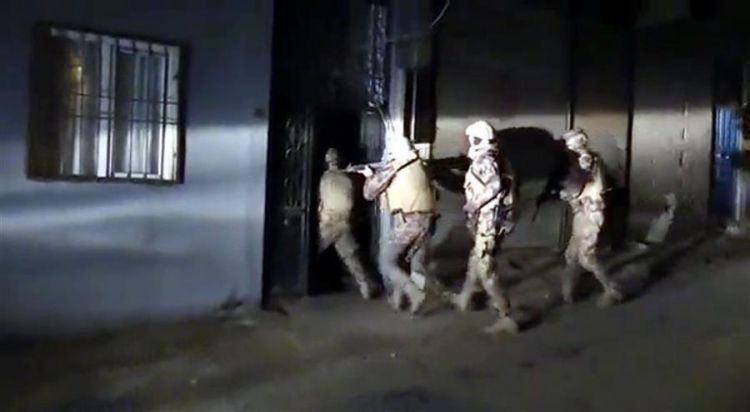 Security units launched the operations one day before the anniversary of the capture of Abdullah Öcalan, the jailed leader of the PKK, in order to prevent any terrorist actions.
In the southern province of Adana, in a dawn operation, the police detained 14 people while in the provinces of Van, Hakkari and Şırnak security forces apprehended another 12 suspects.
As part of those operations, also 8 people in the southern province of Gaziantep and one suspect in the province of Adıyaman were detained.
Turkish undercover agents captured Öcalan in Nairobi on Feb. 15, 1999, after he was forced to leave the Greek embassy there, where he had been offered refuge while on the run. Since then, he has been in the jail in Turkey.
Meanwhile, the Defense ministry said yesterday, four PKK/YPG terrorists were “neutralized” in northern Syria.
“The terrorists attempted to launch an attack in the Operation Peace Spring zone,” the ministry said on Twitter.
Turkish authorities use the term neutralized for the terrorists, who are killed, captured or surrender.
The PKK is listed as a terrorist organization by Turkey, the U.S. and the EU. The PYG is the PKK’s Syrian offshoot.
Separately, the Interior Ministry announced yesterday another anti-terror operation had been launched in the province of Hakkari.
Some 555 personnel and 37 operations teams are taking part in Operation Eren Winter-25, the ministry said in a statement.