Armenia must not meddle with regional peace for domestic gains
Read: 151

U.S. Secretary of State Antony Blinken made a phone call to President of the Republic of Azerbaijan Ilham Aliyev
Read: 131 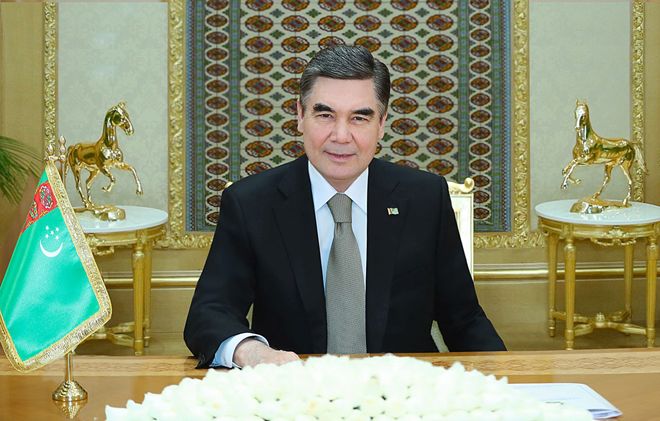 The Constitution of Turkmenistan needs to be improved in accordance with the tasks of the country's development in a new historical period called "Revival of new era of powerful state", President Gurbanguly Berdimuhamedov said, Trend reports.

Berdimuhamedov made the remark at a meeting held with MPs of the national parliament, which was broadcast on the local TV channels.

The president stressed that in regard to the above issue, it’s necessary to study and analyze in detail the best world experience, norms and principles of constitutional legislation.

He noted that when developing the given proposals, first of all, it’s necessary to focus on the issues of improving the activities of public authorities, revising their rights, duties and powers.

"The formation of the legal basis for the cardinal reforms envisaged in the new program for the socio-economic development of Turkmenistan for 2022-2052 and the consistent improvement of laws have been identified by the Turkmen leader as one of the most important tasks," the government media said in an official statement.

Berdimuhamedov also stressed that, taking into account the interests of the state and society, of each individual, we are constantly improving the national legislative framework in accordance with the modern requirements.

In this regard, he reminded that in 2020, amendments and additions were made to the country’s Constitution. Given its fundamental principles and norms, hundreds of laws, codes, and resolutions have been adopted.

According to him, the legal basis for the activities of the bicameral parliamentary system has been created, the election of members of the Halk Maslakhaty [upper house] of the Milli Gengesh [National Parliament] of Turkmenistan have been successfully held in accordance with the new provisions of the Constitution and the Electoral Code of the state.

Besides, he pointed out that this historic event was a new step in the development of the representative and legislative bodies of the country, which contributed to achieving a fundamentally new level of activity carried out by the legislative bodies and to an even greater improvement in the quality of adopting laws and regulations.

The president also reminded that the current year was marked by an important date in the modern history of the country - the 30th anniversary of the adoption of the Constitution of Turkmenistan, as well as the establishment of the State Flag.

"The Constitution is a legal guarantee of our free, calm, peaceful and happy life," the Turkmen leader stated.

The head of state also stressed the expediency of developing and adopting a concept for improving legislation for 2022-2027.