US, NATO move to final stage of plotting provocations in Ukraine - Diplomat - ednews.net

US, NATO move to final stage of plotting provocations in Ukraine - Diplomat 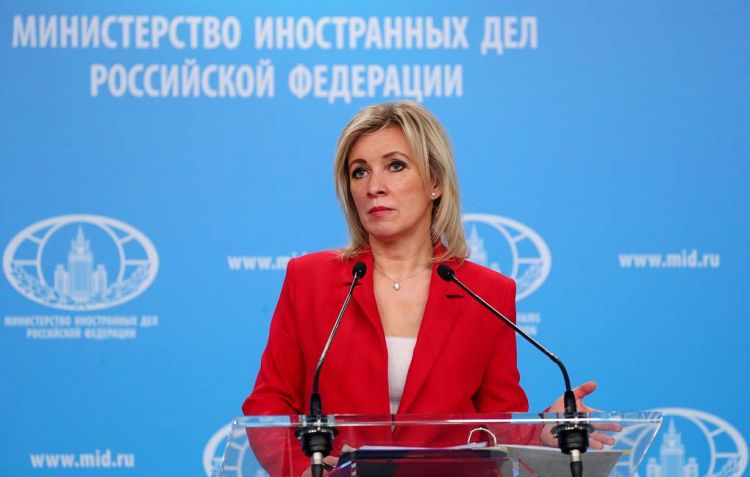 According to data by Russia’s Defense Ministry published on Saturday, the US and its NATO partners have moved on to a final stage of plotting provocations in Ukraine, Russian Foreign Ministry Spokeswoman Maria Zakharova wrote on her Telegram channel, TASS reports.

"Information by the Russian Defense Ministry published today clearly proves: Washington, in close coordination with NATO partners, has moved on to a final stage of plotting provocations in Ukraine which should convince the global community that 'Russia is using poisonous combat substances and biological agents'," the diplomat noted.

She stressed that Washington’s initial plan involved economic pressure on Russia to make Moscow "completely reconsider legitimate interests in the security sphere." "It didn’t work out. Now the US is moving on to involving the weapons of mass destruction (WMD), practically - to the games beyond the ‘red line’," the spokeswoman stated. "If this happens, there will be uncountable victims. And each one of them is on the conscience of American strategists in the offices of the White House, the State Department and the Pentagon, and on the conscience, if there is anything left of it, of their puppets in Kiev," she added.

Earlier, Chief of Russian Radiation, Chemical, and Biological Protection Force Igor Kirillov said that the US is preparing provocations in order to accuse Russia of using chemical, biological or tactical nuclear weapons, According to him, Washington prepared three scenarios: the first scenario being "a staged false flag incident," the second - "a covert use of the weapons of mass destruction (WMD) in small volumes," and the third, the least probable one - " the open use of the WMD in combat.".