Finland hopeful of resolving problems with Türkiye over NATO bid 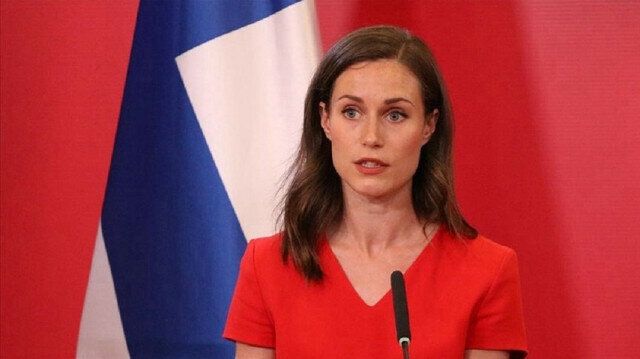 Finnish Prime Minister Sanna Marin said Tuesday that she believes the problem regarding Türkiye's opposition to Finland and Sweden's NATO membership will be resolved before the alliance’s summit in Madrid later this month, Ednews reports citing Yeni Safak.

Marin's remarks came at a joint press conference with her Croatian counterpart Andrej Plenkovic in the capital Zagreb.

Marin said that NATO should be united and Finland and Sweden would make the alliance stronger in the long run.

Replying to a question, she said she believed a solution would be reached to Türkiye's opposition to the two Nordic countries’ NATO memberships given NATO's open-door policy.

The NATO leaders' summit is scheduled to be held from June 29-30.

Plenkovic for his part said Croatia supports Finland in its bid for NATO membership.

"We respect Finland's decision to become a member of NATO. Finland and Sweden also want NATO's security umbrella. Croatia is aware of the importance of NATO in today's world. Finland has a border with Russia,'' he said.

Sweden and Finland formally applied to join NATO last month, a decision spurred by Russia's war on Ukraine, which began on Feb. 24.

But Türkiye, a longstanding member of the alliance, has voiced objections to the membership bids, criticizing the countries for tolerating and even supporting terrorist groups.

In its more than 35-year terror campaign against Türkiye, the PKK -- listed as a terror organization by Türkiye, the US and the European Union -- has been responsible for the deaths of over 40,000 people, including women, children and infants. The YPG is the PKK terror group's Syrian offshoot.

Ankara has called on Stockholm and Helsinki to prevent the terrorist group from collecting funds, recruiting new members and ensuring that it ends its activities and propaganda against Türkiye, according to Turkish presidential spokesman Ibrahim Kalin.

The two prime ministers also said they agreed on granting Ukraine the status of a candidate country to the EU.