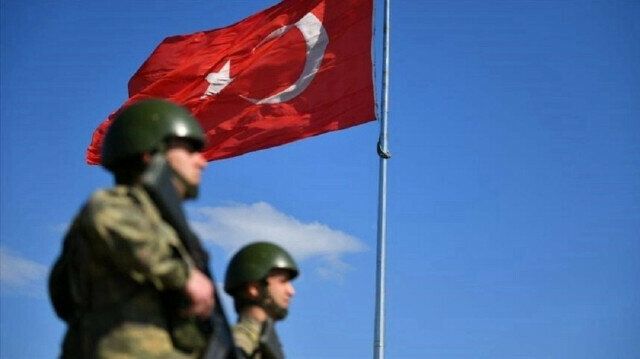 Ten suspected members of the Fetullah Terrorist Organization (FETO) and PKK terror group were arrested while trying to flee to Greece through Türkiye's northwestern border, the National Defense Ministry said on Thursday.
The suspects were nabbed by security forces in a restricted military zone in Edirne's Meric district, according to the ministry.
Zeynep Gulen, the niece of US-based FETO ringleader Fetullah Gulen, was among the arrested suspects, it added.
FETO orchestrated the defeated coup of July 15, 2016, in Türkiye, in which 251 people were killed and 2,734 injured.
Ankara accuses FETO of being behind a long-running campaign to overthrow the state through the infiltration of Turkish institutions; particularly the military, police, and judiciary.
In its more than 35-year terror campaign against Türkiye, the PKK – listed as a terrorist organization by Türkiye, the US, and the EU – has been responsible for the deaths of over 40,000 people, including women, children, and infants.