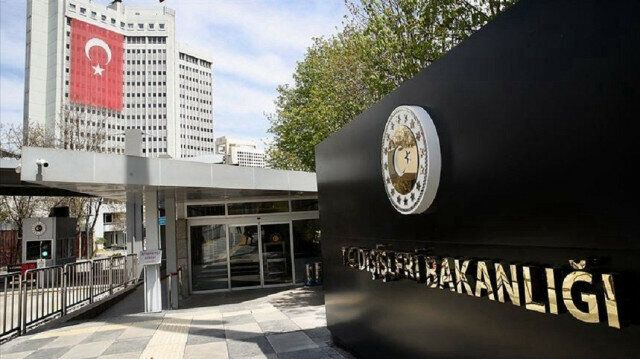 Türkiye criticized a series of decisions Friday at a EU summit on the Aegean and Mediterranean, Yeni Safak reports.

The decisions adopted at the end of a two-day leaders' summit in Brussels are prejudiced, myopic and erroneous, the Turkish Foreign Ministry said in a statement.

Citing several Greek policy positions and actions, including its claim to 10 nautical miles (11.5 miles) of national airspace, the militarization of Aegean islands near the Turkish coast, and pushbacks of asylum seekers, it underlined that the EU's silence on the issues contribute nothing to their resolution and harms regional stability.

"Although Türkiye maintains its stance on the side of international law and good neighborly relations, reciprocating to this with a strategy of deliberate tension and escalation is a prime example of insincerity," it said.

The ministry warned the EU about biased policies toward Türkiye.

"The EU must already comprehend that the benefits that will be brought about by Türkiye’s accession process and the cooperation between Türkiye and the EU must not be taken hostage by and sacrificed to the narrow-minded, unlawful and maximalist claims of Greece and Greek Cypriot Administration. Essentially, the EU’s general interests necessitate this," it said.