Taliban say talks held with US on unblocking foreign reserves 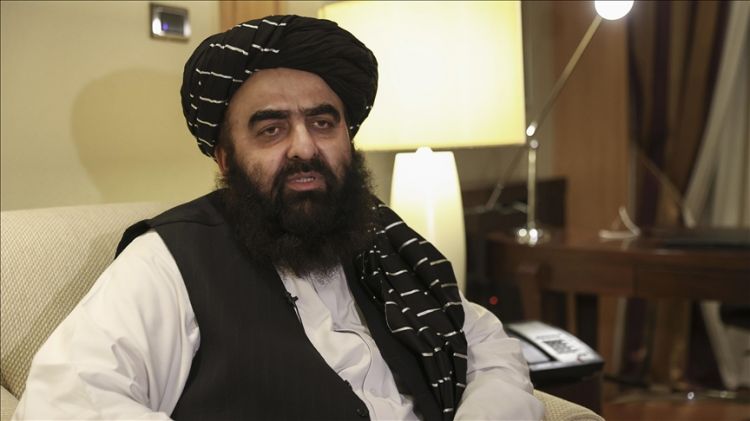 Top officials from Afghanistan and the US held a two-day meeting to discuss the possible unblocking of foreign reserves in the land-locked country, Anadolu Agency reports.

The two sides were joined by officials from the Treasury, and financial and banking sectors in the meeting which ended Thursday.

Afghan Foreign Ministry spokesman Abdul Qahar Balkhi said in a statement that the US Treasury representative shed light on "their talks on frozen Afghan assets with the US Justice Department and legal experts.”

Since last year, the interim Taliban administration has been asking the US to unblock $7 billion of Afghanistan's foreign reserves. The US has decided to donate half of the reserves to victims of 9/11, a move which has spurred criticism.

Muttaqi told the American side that Afghanistan is undergoing “positive changes” after Taliban returned to power last August and called the “security situation in Afghanistan extraordinary and exemplary."

The US announced $55 million in humanitarian aid to victims of last week's earthquake in Afghanistan.

The Afghan side welcomed the aid, while reiterating its demand on the release of Afghan assets and the lifting of sanctions on Taliban leaders and the country’s banking sector.

“Engagement with the new Afghan Islamic government should be cooperative and positive instead of pressure tactics to achieve progress,” Muttaqi said.

He repeated Taliban's pledge to the Doha agreement saying they “remained committed to not allow anyone to use the territory of Afghanistan to harm neighboring and world countries.”

The UK government announced over $4.2 million in aid to Afghan earthquake victims.

In a tweet after the meeting, Shorter called for the "importance of political inclusivity and respect for human rights including all girls' right to education."