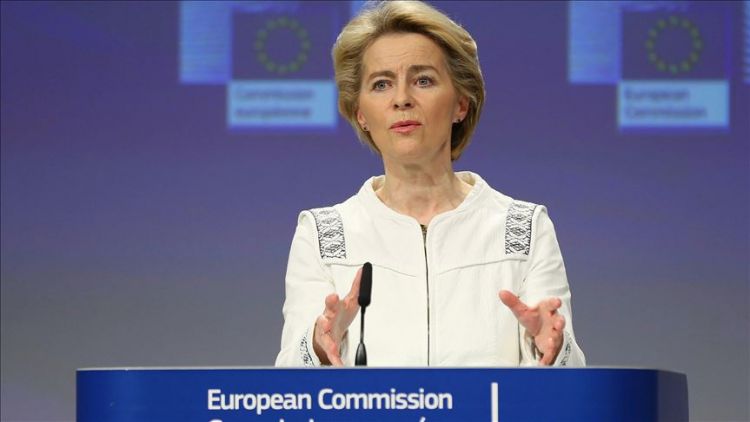 The EU Commission chief said they are working on a plan that will be announced in the middle of July over the energy crisis, Anadolu Agency reports.

Referring to the motto of the Czech Presidency “ Europe as a Task: rethink, rebuild, repower", von der Leyen said that these elements are also on the agenda of the EU Commission.

“Energy prices are high. People -- rightly so -- expect us to do something about it,” Von der leyen said, adding they are working on the goals of switching from Russian oil and natural gas to other reliable suppliers, reducing demand through energy savings and efficiency, and finally switching to renewable energy.

Pointing out that the commission is working on an emergency plan to deal with possible gas shortages if Russia decides to suspend its deliveries, von der Leyen said: “We need a good, common plan that the energy flows, or the gas flows, where it is needed most.”