Protestors gather around government building in Tbilisi as demonstrations continue 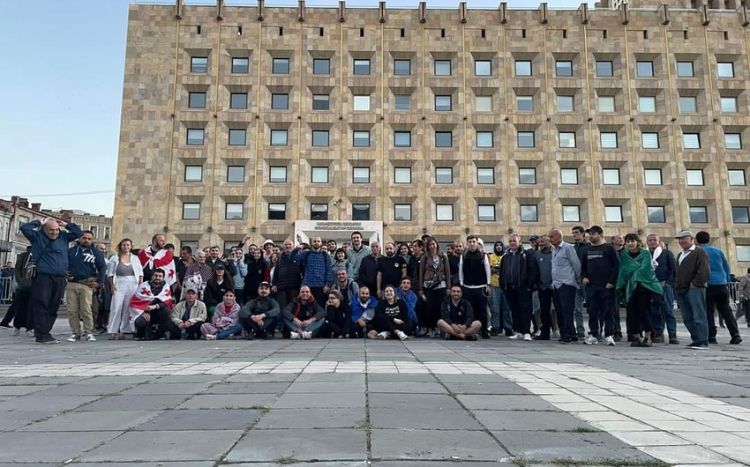 A group of participants of the "Home to Europe" rally, which started in Tbilisi, the capital of Georgia, last evening, spent the night in front of the government administration building, Report informs.

The protesters holding the flags of Georgia and the European Union in their hands have expressed their opposition to the government's policy by whistling and playing percussion instruments since morning.

The organizers said that the policy of the ruling Georgian Dream Party poses a threat to the country's European future.

The next meeting of the government is to be held today. Security measures have been enhanced in front of the administration building. Despite the police warning, the protesters said they would not leave the area.

The rally organizers demanded the resignation of the prime minister and the government, as well as the establishment of a government of national consent.