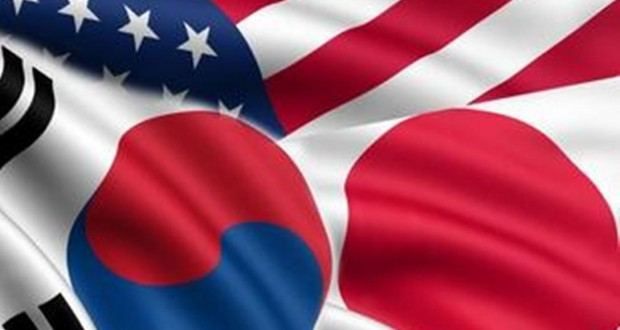 The top diplomats of South Korea, the United States and Japan held a trilateral meeting in Indonesia on Friday, with their security cooperation against North Korea's nuclear and missile threat high on the agenda, Yonhap news reports.

The trilateral session, between South Korean Foreign Minister Park Jin, U.S. Secretary of State Antony Blinken and Japanese Foreign Minister Yoshimasa Hayashi, took place on the resort island of Bali on the margins of the Group of 20 meeting that was held from Thursday to Friday.

The meeting began 30 minutes later than the scheduled time and the ministers expressed condolences for former Japanese Prime Minister Shinzo Abe, who was killed in a gun attack while giving an election campaign speech earlier in the day.

Park strongly condemned the shooting as "a violent criminal act that is unacceptable in any case," and Blinken mourned Abe as "a leader with great vision" who boosted relations between the two allies.

It marks their first in-person group session since the inauguration in May of South Korean President Yoon Suk-yeol, who emphasized bolstering the alliance with Washington and expressed willingness to mend soured ties with Tokyo.

Last week, leaders of the three countries met in Madrid on the sidelines of North Atlantic Treaty Organization (NATO) summit and agreed to bolster their security cooperation against North Korea.