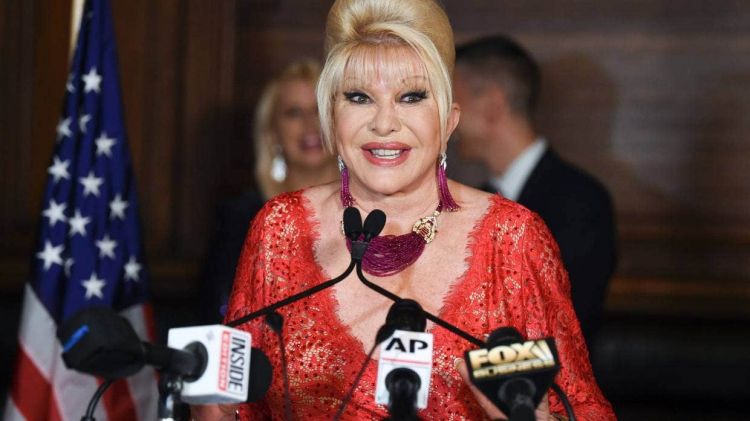 Ivana Trump, the first wife of former US President Donald Trump and mother to his eldest children, died accidentally from blunt impact injuries to her torso, the New York City medical examiner's office said.
Police had been looking into whether she fell down the stairs, two people familiar with the matter told The Associated Press on Friday (NZT).
The medical examiner's brief report did not specify when the accident took place. Donald Trump announced Thursday that Ivana died at her home near Central Park on Manhattan’s Upper East Side. She was 73.
Her son Eric Trump said it was “a very sad day, a very sad day,” as he left the home.