Europe’s not ready for a hotter world - ednews.net

Europe’s not ready for a hotter world

The Continent has a lot of work to do to heat-proof its cities, infrastructure — and mentality. 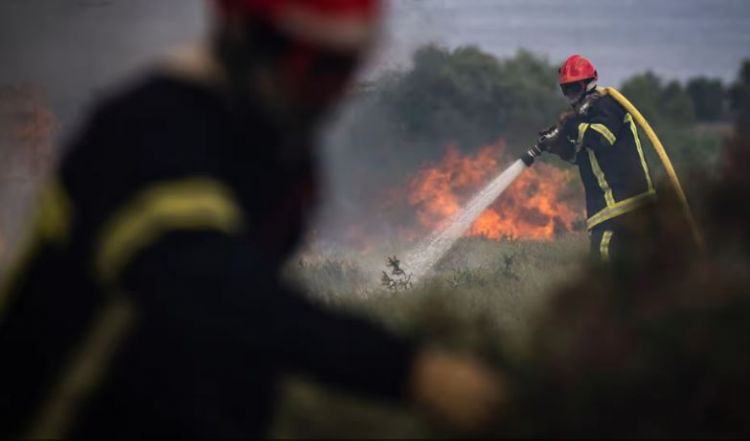 Europe was not prepared for the extreme heat it experienced this infernal July.
That's obvious from the heat wave's death toll so far — with more than 2,000 people known to have died in Spain and Portugal, a number expected to climb when data is released in France, the U.K., Belgium and the Netherlands and from across much of Central and Eastern Europe, where the heat still lingered this weekend.
Europe's unpreparedness was on show when massive blazes spread in France, Spain, Greece and Portugal last week and, instead of deploying additional firefighting aircraft, the European Union was in talks about buying them.
It could also be seen in the impact the heat wave had across the economy — with energy, transport and tech infrastructure all struggling to function in temperatures surpassing the 40 degrees Celsius mark.
As temperatures broke all-time records across the Continent, including in the U.K., climate scientists warned that this was no freak incident: Heat of this extreme and higher will return ever more frequently because of climate change.
While the severity of the heat wave was new, the response and precautions governments take — or don’t take — to extreme heat can determine how many die and the level of disruption to society and to the economy.
“It's really how we deal with it,'' said Maarten van Aalst, director of the Red Cross climate center and a member of the EU’s scientific advisory board on climate change. “In a way, those hundreds of lives lost during heat waves are all wasted lives.”
At the very highest level, Europe’s governments are simply failing to plan adequately for a hotter planet. All EU countries have developed national plans for how they will cope with climate change. But they are often thinly drawn and unfunded.
Under EU law, every member country is asked to report how much they spend on so-called “climate adaptation” — in total and by sector. POLITICO’s analysis of their reporting shows that 20 out of 27 countries either provide limited or no detail on their spending plans.
“They simply don't have it,” said Wouter Vanneuville, a climate change adaptation expert at the European Environment Agency (EEA).
Disaster response
Heat is Europe’s deadliest natural disaster. In the last four decades, between 76,000 and 128,000 people have died in heat waves, EEA data shared with POLITICO shows.
But the highest number of heat-related fatalities over the past decades have been recorded not in typically hot Spain or Italy, but in Germany, highlighting the role played by local policies and levels of preparation.
According to the World Health Organization, less than half of the EU’s 27 countries have action plans to manage the health impacts of extreme heat — and of those that do, more than half are insufficiently funded.
“The discrepancy between the level of danger and the pace of action is a scandal,” said Martin Herrmann, a Munich-based doctor and chair of the German Alliance for Climate Protection and Health, a network of health workers. “We don't know when the next big thing is coming and we are not prepared.”
Some countries started to take action after a deadly heat wave in 2003. France adopted a so-called plan canicule to better alert and protect residents; many of its municipal authorities also registered their most vulnerable citizens so they can get in touch with health advice when a heat wave approaches.
Van Aalst said such policies have significantly reduced mortality rates. But preparedness levels vary widely.
Five years after Germany’s environment ministry called for local heat action plans, a survey of 300 German district authorities by the newspaper Die Zeit found that 80 percent didn’t have any protocol in place.
The country is also not prepared to tackle forest fires at the rate and scale at which they're now engulfing vast swathes of land. In the state of North Rhine-Westphalia alone, 11 fires erupted in four days.