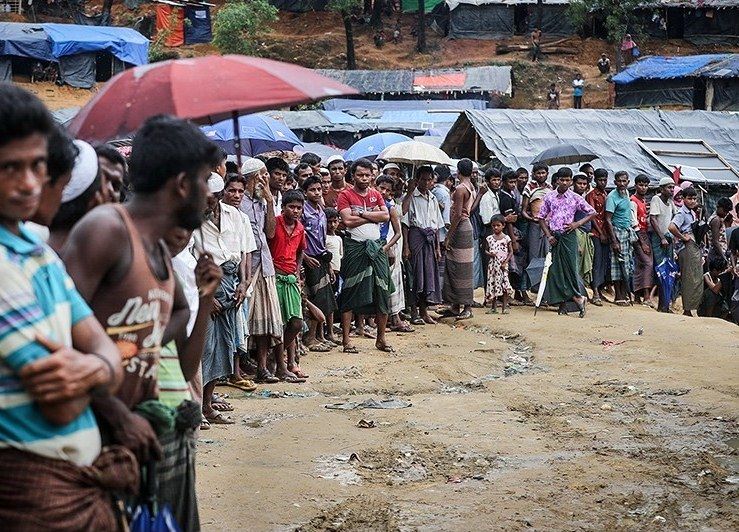 The international court of justice has rejected Myanmar’s attempts to obstruct a case raised by Gambia, alleging the country of “[...] mass murder, rape, and destruction of  communities in Rakhine state.”
At a hearing on Friday, the United Nations’ highest court rejected all preliminary objections brought forward by Myanmar, a country currently ruled by a military junta.
The case references the military assaults that occured in 2016 and 2017. It was during this time period that state-sanctioned violence and persecution prompted over 700,000 Rohingya muslims to seek refuge in the neighboring Bangladesh. Gambia alleges that since October 2016, the Myanmar military oversaw  “clearance operations” against the Rohingya.
“The genocidal acts committed during these operations were intended to destroy the Rohingya as a group … by the use of mass murder, rape and other forms of sexual violence, as well as the systematic destruction by fire of their villages, often with inhabitants locked inside burning houses,” the submission stated.
The submission asserted that the assaults followed a pervasive campaign of dehumanization and cited demands levied by the local Rakhine Nationalities Development party urging for a “final solution.”
Myanmar sought dismissal of the case on the basis that the court lacked jurisdiction, seeing as to how Gambia had not been directly affected by the events and there were no prior legal disputes between the two countries. Myanmar further argued that “Gambia was acting as a “proxy” for the Organisation of Islamic Cooperation, and lacked standing because the ICJ only rules on disputes between states.”
Since the violent military coup in February 2021, Myanmar has been represented by the junta at the International Court of Justice. Elected lawmakers, ethnic minority representatives and activists, who comprise the national unity government, have sought to instead represent Myanmar in court and stated willingness to withdraw preliminary objections.
President of the Global Justice Centre, Akila Radhakrishnan, lauded Friday’s decision as “an enormous step forward for justice.”
“It sends a signal to Myanmar’s military that they cannot commit atrocities with impunity. The case proceeding is all the more important in light of the February 2021 coup, which was enabled and emboldened by the impunity the military has been afforded for far too long,” she said.
The President of the Burmese Rohingya Organization UK, Tun Khin, claims that Myanmar is attempting to prolong proceedings and meanwhile, the Rohingya continue to endure oppression and genocidal measures at the hands of the state. “Laws and policies designed to make life unbearable and drive Rohingya out of Myanmar are part of the genocide and continue,” he said.
Tun Khin urges the UK to join the likes of Netherlands and Canada in supporting Gambia as the case moves forward.
Countries such as India, Saudi Arabia, and Sri Lanka have continued to strengthen diplomatic ties with Myanmar, even as countries around the world condemn the regime for its human rights abuses.