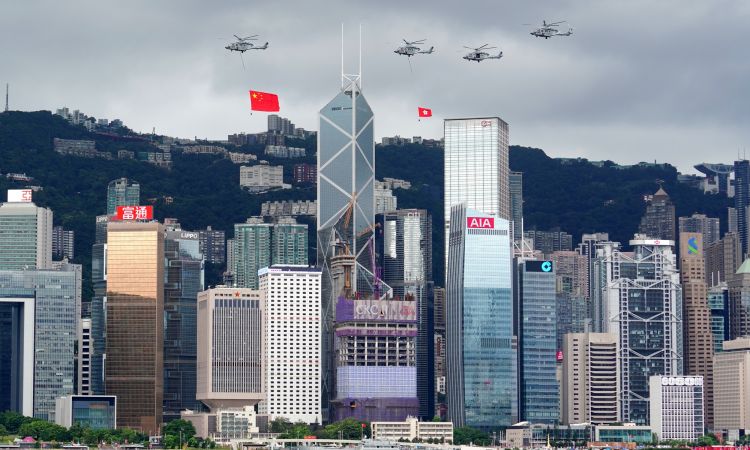 A spokesperson for the Hong Kong and Macao Affairs Office of China's State Council has expressed firm opposition to and strong dissatisfaction with the so-called concluding observations made by the United Nations (UN) Human Rights Committee concerning the compliance with the International Covenant on Civil and Political Rights in Hong Kong and Macao.
The spokesperson said in a statement that many comments are biased and not based on facts.
The national security law in the Hong Kong Special Administrative Region (HKSAR) was passed after extensive consultation with various sectors. It also followed transparent procedures, said the statement.
Law enforcement agencies in the HKSAR have been conducting related operations strictly based on laws and facts, independent and impartial trials have been ensured, and the rights of suspects have been duly protected, said the statement.
The facts have fully shown that what the national security law in the HKSAR has prevented, halted and punished are the illegal and criminal activities that had severely jeopardized national security undertaken by an extremely small group of people, it said, adding that the law is safeguarding social prosperity and stability as well as the rights and freedoms of the vast majority of people in Hong Kong, including the freedom of speech and press freedom.
It is internationally recognized that political power must be placed in the hands of patriots, said the spokesperson. The new electoral system for the HKSAR conforms with the region's constitutional status and actual conditions, and shows that Hong Kong's democratic system is improving and advancing with the times, the spokesperson added.
The elections of the Legislative Council of the HKSAR and the HKSAR chief executive under the new electoral system reflected the wills of the people and have won broad public support.
The Standing Committee of the National People's Congress defines the mandatory procedures for the development of the political system in Macao through the interpretation of the Basic Law of the Macao Special Administrative Region (SAR), said the spokesperson. "It is a matter within the purview of the central authorities."
The government of the Macao SAR is fulfilling its legitimate constitutional obligations when it protects the national flag, the national emblem, the national anthem and other national symbols and representations, organizes elections in accordance with the law, and defends constitutional order in the region, the spokesperson said, adding that no impairment of human rights occurred.
The spokesperson expressed the hope that reports of the UN Human Rights Committee in the future would contain more facts and less prejudice and falsehoods that should have not existed in the first place.