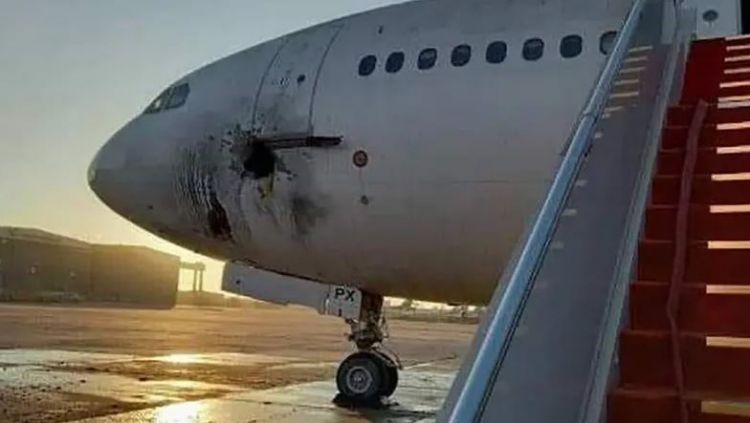 An Iraqi court on Sunday sentenced four to life in prison over an attack on Baghdad airport early this year that damaged two empty civilian planes on the tarmac.
It is the first verdict in such a case, despite dozens of rocket and drone attacks that have mostly targeted military bases hosting foreign troops either at the airport or in other parts of the country.
Sunday’s conviction was for a January 28 rocket attack on Baghdad’s international airport that caused no casualties.
The court “sentenced to life four criminals who took part” in the attack, according to a statement by Iraq’s Supreme Judicial Council.
The statement did not provide any details on the convicts’ identities or political affiliations.
While rarely claimed, frequent attacks on bases hosting foreign -- mainly US -- military contingents have been blamed on pro-Iran groups, many of which demand the complete withdrawal of American forces from Iraq.
Attacks on US interests spiked in January, to coincide with the second anniversary of a 2020 US drone strike that killed revered Iranian general Qasem Soleimani and his Iraqi lieutenant Abu Mahdi al-Muhandis.