Hundreds evacuated as fire in southern France burns over 1,700 acres

More than 118,600 acres of land destroyed this year in forest fires in France 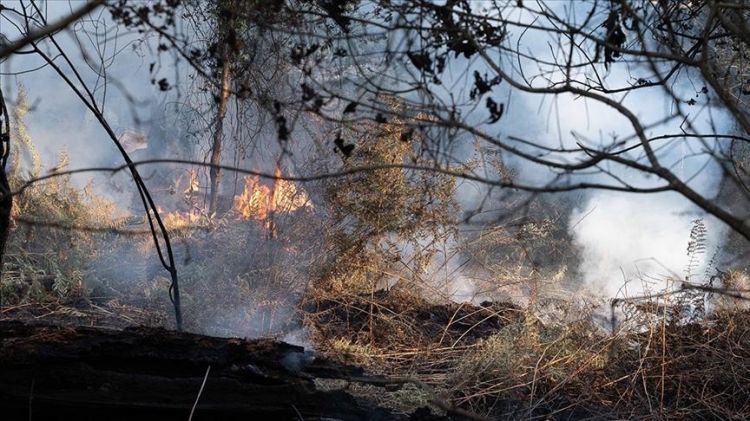 More than 1,200 people were evacuated on Tuesday as a major fire engulfed over 700 hectares (1,700 acres) of forest land in the Occitanie region in southern France.
The fire that began on Monday in the Massegros commune in Lozere has reached the neighboring commune of Aveyron.
The Aveyron prefecture informed on Twitter that nearly 1,200 local residents and tourists were evacuated between 1 a.m. (2300GMT Monday) and 3 a.m. (0100GMT Tuesday). Around 600 firefighters supported by water jet bombers are currently on the ground trying to control the flames.
The fire was accidentally started during civil work, according to the firefighters, BFMTV news channel reported.
Several fires are raging across France, with many of which are natural, while some are lit intentionally by arsonists. The ongoing hot weather has increased the risk of blazes.
The Earth observation program of the European Union, the Copernicus mission, has listed France in the extreme danger forecast due to the fires. According to its data, over 48,000 hectares (118,600 acres) of land have burned in France this year.