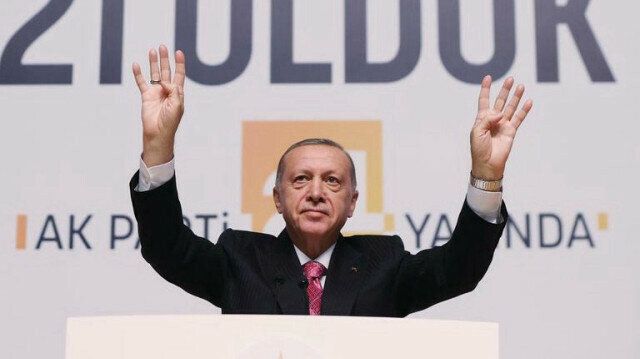 "Exactly 21 years ago, on Aug. 14, we shared the good news of the founding of the AK Party with our nation, saying: 'Nothing will be the same in Türkiye anymore'," Erdogan told an event to mark the founding anniversary of the party.

Founded on Aug. 14, 2001, the party burst onto the political scene under the leadership of Erdogan, who became the prime minister in 2003 and has served as the president since 2014.

The party swept to power in the Nov. 3, 2002 elections, capturing two-thirds of the seats in parliament -- the first party in more than a decade to win an outright majority.

"By stepping into the political scene 21 years ago, the AK Party started a new era in Türkiye and saved this country from the abyss," Erdogan said.

Erdogan also said he hoped that the party will "crown this blessed struggle" by winning the 2023 elections, and added that there is a lot more to do in the country.

"Türkiye is building its 2023 vision not to complete its deficiencies in democracy and development, but to be among the biggest in the world with its politics and economy," he added.