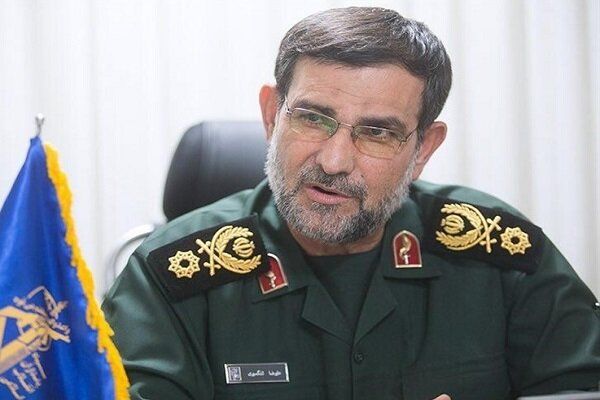 The Commander of Iran’s Islamic Revolution Guards Corps (IRGC) Navy Rear Admiral Alireza Tangsiri made the comments at a gathering of commanders and officials of IRGC naval forces in the holy city of Mashhad on Friday.

Emphasizing that Islamic Iran considers the security of neighboring countries as its own security, Admiral Tangsiri said "Any country that provides grounds for interventions and the presence of arrogant powers in the region and gives them a base, space and soil in order to form a military coalition against the other nations in the region, we warn that firstly, they will pay a heavy price for unfriendly and provocative behavior, secondly, the stable and safe environemnt of the region will pay a price for that."

"We are like brothers with the neighboring countries in the Persian Gulf region and we try to have brotherly and good relations and interaction with all of them by holding to the progressive principle of Islamic unity, and the stability of the security of all countries in the region is our goal," the IRGC navy commander said.

He added, "We all must know that wherever the child-killing Zionist regime's violence and evil are, there will be no results but plundering, sedition and aggression."