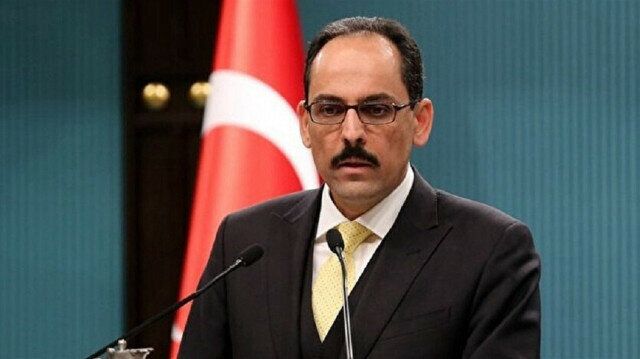 The landmark Istanbul grain deal could work as a platform to restart negotiations between Russia and Ukraine, Turkish presidential spokesman Ibrahim Kalin said.

"We still believe that the trust that we were able to build through the UN between the Russian and Ukrainian sides for a grain deal could in fact can work as a platform to restart or reinitiate the negotiations again," Kalin told CNN on Tuesday, Yeni Safak reports.

Türkiye, the UN, Russia, and Ukraine signed a deal last month to resume grain exports from the Ukrainian Black Sea ports of Yuzhny, Chornomorsk and Odesa, which were halted due to the Russia-Ukraine war, now in its seventh month.

However, Kalin said any move forward requires not only the willingness of Russians and Ukrainians but also the support of the international community.

Türkiye remains "very much concerned" about any escalation of war and violence in Ukraine, Kalin said, adding Ankara is working "very hard" through different channels to bring the sides closer.