There are 'credible' allegations of forcible transfer of Ukrainian children to Russia - UN - ednews.net 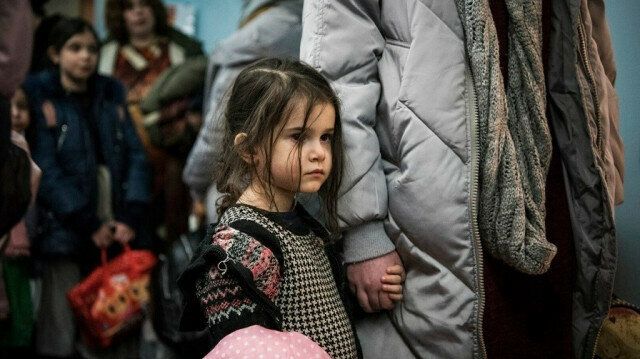 Assistant Secretary-General for Human Rights Ilze Brands expressed concern in her briefing to the Security Council about Russia’s move to grant citizenship to Ukrainian children without parental care which would lead to adoption by Russian families.

The Russian Federation is prohibited from changing the personal status of the children, including nationality, under the Fourth Geneva Convention, she said.

''We are particularly concerned that the announced plans of the Russian authorities to allow the movement of children from Ukraine to families in the Russian Federation do not appear to include steps for family reunification or in other ways ensure respect for the principle of the best interests of the child,'' she said.

Ukrainian officials have accused Russia of kidnapping the country's children since the beginning of Russian aggression against Ukraine on Feb. 24, a claim Moscow strongly denies.

Brands demanded Russia grant unimpeded access to the UN and other independent international monitors to all places of detention to investigate allegations of torture or ill-treatment.

The United States accused Russia of war crimes with forcible transfers and deportations from Ukraine to Russian territories.

''I need not remind this Council that the forcible transfer or deportation of protected persons from occupied territories, to the territory of the occupier, is a grave breach of the Fourth Geneva Convention on the protection of civilians, and constitutes a war crime,'' said US Ambassador to the UN Linda Thomas-Greenfield.

''Estimates from a variety of sources, including the Russian government, indicate that Russian authorities have interrogated, detained, forcibly deported between 900,000 and 1.6 million Ukrainian citizens from their homes to Russia – often to isolated regions in the Far East,” she said.

Thomas-Greenfield said the US has information that in July alone, more than 1,800 children were transferred from Russian-controlled areas of Ukraine to Russia.

A total of 5,718 people have been killed, including 372 children, and 8,199 injured, bringing the number of casualties to 13,917 since the beginning of the war, according to the UN.

''These are only verified figures and the actual numbers are likely significantly higher,” said UN Under-Secretary-General for Political and Peacebuilding Affairs Rosemary DiCarlo.

More than 6.9 million people are internally displaced and the number of Ukrainian refugees recorded across Europe has surpassed 7 million, she said.