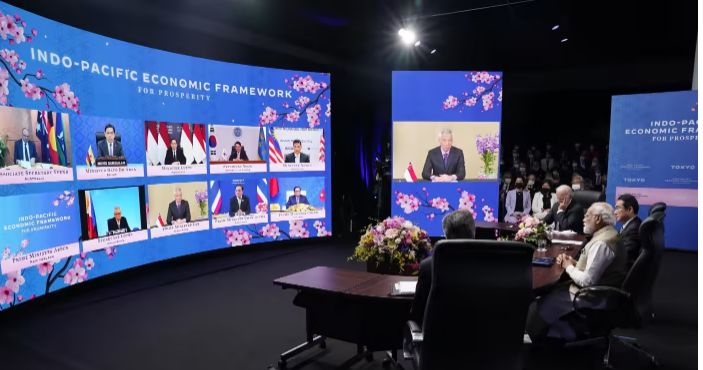 U.S. Trade Representative Katherine Tai said that India, the world's largest democracy, did not initially join the U.S.-led Indo Pacific Economic Framework's (IPEF) trade negotiations for now but that she was discussing similar issues bilaterally with her Indian counterpart.

At the conclusion of a ministerial meeting in Los Angeles, the 14 countries agreed on the key outlines for negotiating four major "pillars" of a future agreement: trade including data flows and labor rights, supply chain resilience, green energy and environmental standards, and anti-corruption and tax measures.

IPEF will not include tariff cuts that are the bedrock of traditional free trade deals, but the talks are part of a U.S. effort to re-engage economically with countries in Asia.