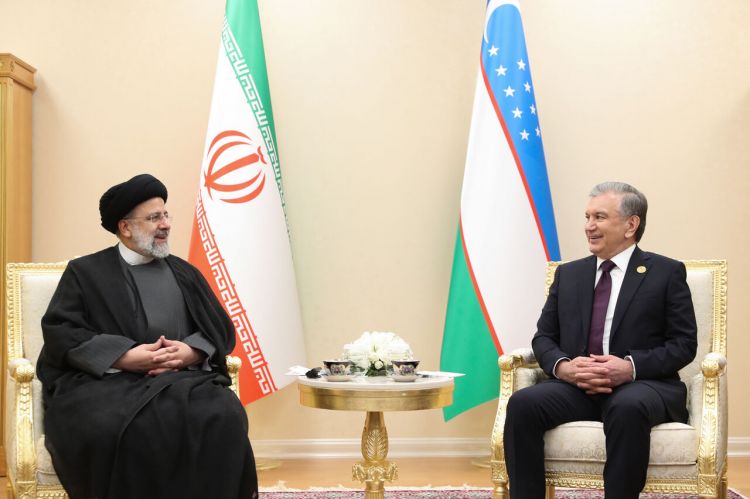 Iran’s Deputy Foreign Minister for the Economic Diplomacy says that in the upcoming visit of President Raeisi to Uzbekistan dozens of documents for cooperation with Central Asia will be signed.

According to Mehr News, Mehdi Safari said on Monday that during President Ebrahim Raeisi's upcoming visit to Uzbekistan to attend Shanghai Cooperation Organization (SCO), "Between 18 to 22 cooperation documents between Iran and Uzbekistan have been prepared in various fields, especially in energy, customs, trade and goods transit areas, which will be signed during the president's visit to that country, which will take place in the next few days."

Safari said, "In the meeting, the official membership of our country in the Shanghai Cooperation Organization will be decided upon, and 400 to 500 contracts that have been drawn up in the Ministry of Foreign Affairs in the past year will be handed over."

He added that Iran eyes cooperation in two fields of energy and goods transit after joining the SCO.

According to the Iranian economic diplomat, the capacities of the North-South and East-West International Corridor that cross Iran are very important to the country, which in turn adds to the SCO capacities.

"In the past few years, not a single Chinese train transported goods from Iran to Europe, but since our country joined the Shanghai Cooperation Organization, one or two Chinese trains have so far passed through the corridor of our country to Europe, which is very important," he added.

Safari also referred to the benefit of energy reserves as one of the other Iran's potential which SCO membership can flourish and said, "By being a member of the Shanghai Organization, we will have our own customers for exporting energy to member countries such as China, India, Pakistan, Uzbekistan, Tajikistan and Kyrgyzstan, and if we focus on this market, we can have a high share of the export of this product."

The Deputy Minister for Economic Diplomacy expressed his hope that in the next one or two years Iran will no longer export crude oil and will be able to export only refined and processed products, which will give more advantages to Iran.