A group of NGO leaders made a statement about the mine threat in Azerbaijan
Read: 139

Panic in Las Vegas over natural phenomenon - many thought of a nuclear explosion - PHOTOS
Read: 139

Turkiye asks Russia to delay some gas repayments until 2024
Read: 128

Brazil election: Many feel country's democracy is on the line - VIDEO
Read: 122

Nord Stream problems were caused by sanctions on Russia - Putin 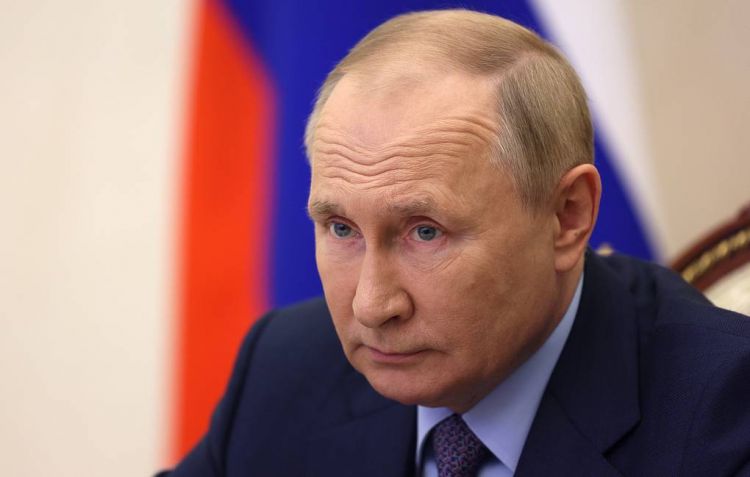 Russian President Vladimir Putin held talks with German Chancellor Olaf Scholz and told him that the problems with gas supply to Europe through the Nord Stream-1 pipeline had been caused by Western sanctions on Moscow, the Kremlin said in a statement, TASS reports.

"Describing the current situation in the European energy sector, Vladimir Putin stressed that Russia has been and remains a reliable supplier of energy resources, fulfilling all its contractual obligations, and interruptions, for example, in the operation of the Nord Stream 1 gas pipeline, are caused by anti-Russian sanctions that interfere with its maintenance," the statement said.

Putin said any attempts to blame Moscow for Europe’s energy woes are cynical, given the closure by the authorities of the respective countries of gas supplies through Ukraine and Poland and the refusal to allow Nord Stream-2 operation.

The energy crisis in the EU worsened at the beginning of July when the first disruptions of gas supplies from Russia to a number of European states appeared. In particular, this was triggered by technical and maintenance issues around the Nord Stream pipeline’s turbines from the US-led West’s sanctions.

After that the European Commission called on the EU countries to prepare in advance for a complete halt of Russian gas supplies. It also introduced a plan to voluntarily reduce gas consumption by all member-states by 15% from August 1, 2022 until March 31, 2023.

Nord Stream-1 is one of the main routes for gas supplies from Russia to Europe, but due to difficulties with the servicing of its turbines, it’s now used only at a fraction of its capacity. The Nord Stream-2 pipeline has been completed, but has not been put into operation, also because of sanctions against Russia.