Iranian President Calls on EU to Comment on Police Violence Against Women in US, Europe - ednews.net

Iranian President Calls on EU to Comment on Police Violence Against Women in US, Europe 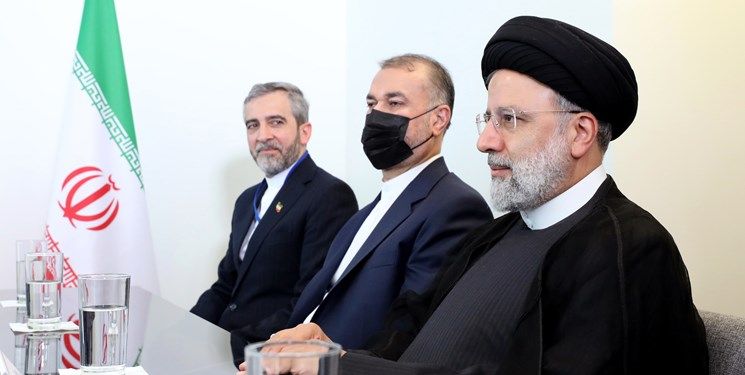 Iranian President Seyed Ebrahim Rayeesi urged the European Union to condemn police brutality against women in the United States and European states, instead of expressing concern over human rights in other countries, Fars News Agency reports.

President Rayeesi made the remarks in a meeting with his French counterpart Emmanuel Macron on the sidelines of the United Nations General Assembly (UNGA) on Tuesday.

Iranian President's Deputy Chief of Staff for Political Affairs Mohammad Jamshidi told FNA that the French president made just one single sentence about the necessity of respect for women without mentioning any specific case with regard to Iran, which received a wider response during the meeting between the two heads of state which was to be for 45 minutes, but lasted one and a half hours.

"During the meeting, President Rayeesi told President Macron that after the Islamic Revolution, Iranian women's progress has been stunning, and invited his French counterpart to visit Tehran to get acquainted with these facts," Jamshidi said.

Rayeesi also cautioned Macron of any meddling in Iran's internal affairs, and noted that "Iran's issues are related to Iranians", not others, Jamshidi added.

"In addition, sanctions are a crime against humanity and the West must be held accountable for its crimes against the Iranian people," the Iranian president told his French counterpart.

Iran blasts the blatant violations of human rights in the US and Europe, stressing for the US, human rights is merely a tool for exerting political pressure on independent states to advance their foreign policy objectives. Officials in Tehran call on the international community to hold the US accountable for its crimes.