Four PKK terrorists have been neutralized in the Operation Claw-Lock zone, the Turkish Defense Ministry has announced. 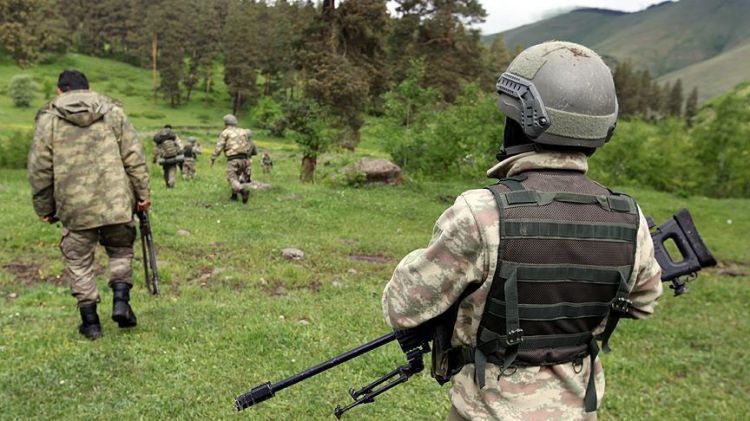 “Our heroic Turkish Armed Forces will continue to destroy terror dens with determination,” the ministry said in a social media post.
Operation Claw-Lock is an ongoing military operation of the Turkish Armed Forces in northern Iraq that started on April 18. The operation is taking place in the Duhok Governorate.
“Neutralized” is a term used by the Turkish military and officials to indicate terrorists were either killed, wounded, or captured. The ministry ranks those included on the list in five color-coded categories from red (most wanted) to blue, green, orange and grey.
Meanwhile, in an operation on the highway between Syria’s Afrin and Azez in the country’s north, Türkiye’s National Intelligence Organization (MİT) nabbed PKK/PYD terrorists Ozan Tunç, code-named Bahtiyar; Mehmet Kaykır, code-named Çem Riha; and Ferhad Edemen, code-named Adnan Piro.
In its more than 35-year terror campaign against Türkiye, the PKK, listed as a terrorist organization by Türkiye, the U.S. and the European Union, has been responsible for the deaths of at least 40,000 people, including women, children and infants.