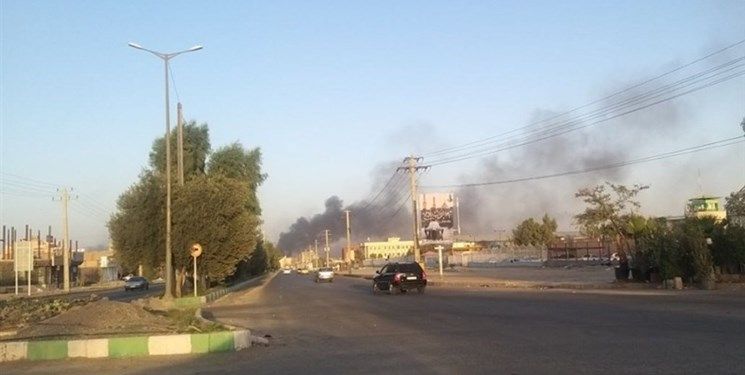 The commander of the intelligence unit of the Islamic Revolution Guards Corps (IRGC) in Sistan and Baluchestan Province as well as 19 others, including terrorists and security forces, were killed in terrorist attacks in the Southeastern province on Friday, Ednews reports citing Fras News Agency.

Following a terrorist attack on a police station in Zahedan on Friday, an armed group gathered near the Makki Mosque and started shooting and hurled Molotov cocktails, which prompted the security forces to immediately get to the scene.

The IRGC commander, Ali Mousavi, was injured by a bullet in the chest and was taken to the hospital. But he succumbed to his wound.

State TV reported armed separatist terrorists had concealed themselves among worshippers at the nearby Makki Mosque.

Meanwhile, Sistan and Baluchestan’s Governor Hossein Modarres Khiabani confirmed at least 19 people, including police members, were killed and 20 injured in the terrorist attack at the police station.

"A number of rioters affiliated with terrorist and separatist groups, "with known identities" attacked the police station and threw stones and opened fire, provoking a severe reaction by police forces, he noted.

The terrorists also set ablaze an emergency station and a bank, among other places, in the city but their attempts to continue rioting failed following the timely presence of security forces.

Meantime, a provincial council in task of security, political and social affairs said that the armed group opened fire and planned to disrupt security in Zahedan but they failed thanks to the vigilance and due measures by the city's security forces. It added that the situation is now under control and calm is restored to the city.

In a statement, the 'Jaish Al-Zulm' terror group claimed responsibility for the attacks in Zahedan.

Iranian authorities said some of the elements behind the violence had been identified and arrested.

One of those arrested at the site, identified as Gorgij, recounted the circumstances surrounding the shooting attack.

He said a Peugeot 206 stopped near the police station prior to the attack and distributed arms among a group of people, including himself, who had gathered there.

The detainee added he took a sidearm but he tried to flee the scene as the terrorists started to shoot at the police station.

An informed security source also confrimed that two terrorists involved in the terror attacks in the city of Zahedan were killed during the incident.

“The two dead have been identified as Abdolmajid Rigi and Yasser Shahbakhsh, who were killed in yesterday’s incident in Zahedan,” the source said, adding, “They intended to incite people, vandalize public property and kill ordinary people as well as police forces."

Sistan and Baluchestan Province borders Afghanistan and Pakistan, and has seen previous attacks on security forces by terrorists who infiltrate the country’s borders from the neighboring states.