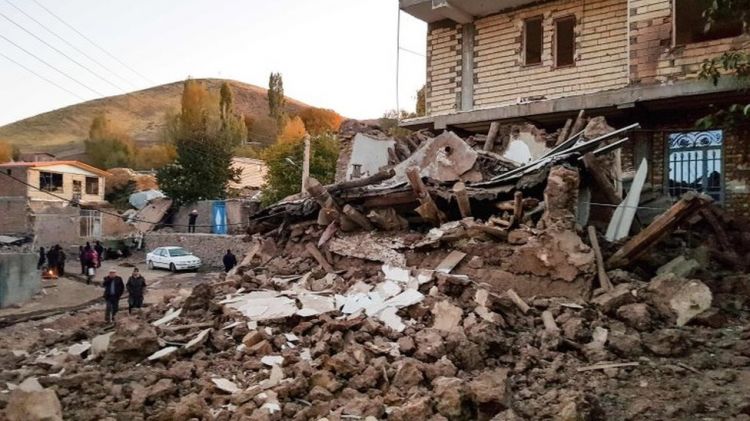 As many as 100 people were imjured in a 5.4 magnitude quake that hit Khoy in West Azarbaijan in northwest Iran, Mehr news reports.

A 5.4 magnitude on the scale of Richter on Wednesday morning struck Khoi city in the north of West Azarbaijan at 3:51 a.m. Tehran Local Time.

According to preliminary reports provided by the head of Crisis Management of Khoy County Salem Khoyei, there were no losses of lives in the earthquake.

Khoyei added, a number of citizens have suffered minor injuries while rushed out of their homes, and they are being treated at the Khoy hospital.

He added that research and rescue teams have been dispatched to the quake-hit area shortly after the earthquake.

Meanwhile, Khoy governor put the number of injured at above 150 people.