North Korea warns of 'overwhelming' measures against US, South Korea 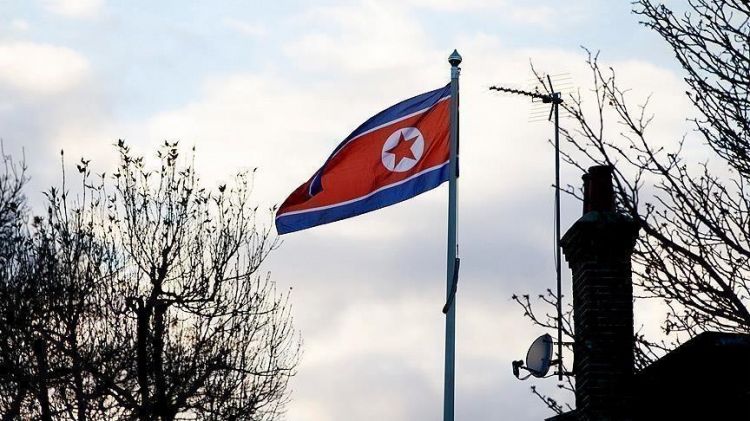 North Korea on Monday warned of "sustained, resolute and overwhelming" practical military measures in response to joint military drills by the US and South Korea, Ednews reports citing Anadolu Agency.

In a statement, the North Korean military also confirmed carrying out a four-day military operation from Nov. 2 to 5 in order to "demonstrate a thoroughgoing and resolute will against the grave situation" in the region.

“The serious situation created in the Korean peninsula owing to the reckless military frenzy of the United States and South Korea is getting more unstable,” said the Korean People's Army in a statement published by the state-run Central Korean News Agency.

North criticized the US and South Korea's recent large-scale six-day joint air drills and said their aggressive military drills are unpardonable acts that cannot be overlooked.

"It is, in fact, an open provocative act of intentionally aggravating tension in the region and in particular, a dangerous war drill with a very strong aggressive nature aiming at our state directly," said the military.

During the four-day military operations, Pyongyang said it launched four tactical ballistic missiles into the West Sea, and 23 ground-to-air missiles targeted at different altitudes and distances on the first day.

On the second day, Pyongyang also launched "an important ballistic missile to verify the reliability of performance of warhead for special function paralyzing the enemy's operation commanding system," it added.

“On the third day, a large-scale general sortie operation of the air force was conducted for three hours and 47 minutes with the mobilization of 500 fighters of different kinds in order to show our will against the joint air drill of the enemy.

"On the fourth day, we launched again two tactical ballistic missiles loaded with warheads for dispersion and two missiles of multiple launch rocket system at an uninhabited island," it added.