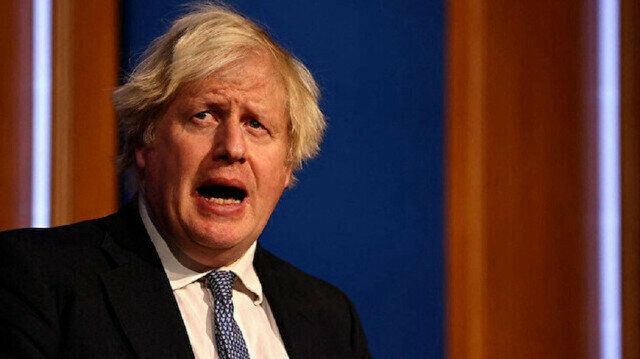 Speaking to CNN’s Richard Quest in Portugal, Johnson said France was “in denial” about the possibility of a Russian war, while Germany initially favored a swift Ukrainian defeat over a long conflict.

While French President Emmanuel Macron led efforts to avert the war, Berlin heavily relied on Moscow for oil and gas and at first hesitated to send Ukraine heavy weapons.

He also criticized Italy's initial response on the threat of a military operation, but said the EU nations later rallied behind Ukraine and are now providing steadfast support.

“What happened was everybody – Germans, French, Italians, everybody, (US President) Joe Biden – saw that there was simply no option. Because you couldn’t negotiate with this guy (Russian President Vladimir Putin). That’s the key point,” the ex-prime minister said, adding that “the EU has done brilliantly” in its opposition of Russia since that time,” he said.

“I pay tribute to the way the EU has acted. They have been united. The sanctions were tough,” Johnson added.

The US and EU, besides supporting Kyiv both financially and militarily, has imposed a raft of sanctions on Russia, including an expulsion of major Russian banks from the international SWIFT payment system, prohibiting Russian ships and planes from entering Western ports and airspace, as well as export restrictions on advanced technologies.

In response, Russia halted gas exports to Europe, which is now struggling with high inflation and skyrocketing energy prices.

“He’s a very brave guy. I think the history of this conflict would have been totally, totally different if he hadn’t been there,” Johnson said.

Johnson was replaced in Downing Street by Liz Truss, who had the shortest tenure of any British premier. His chancellor-turned-political rival, Rishi Sunak, is now the UK prime minister.