Thousands of Greeks stage protests on 14th anniversary of killing of teenager - ednews.net 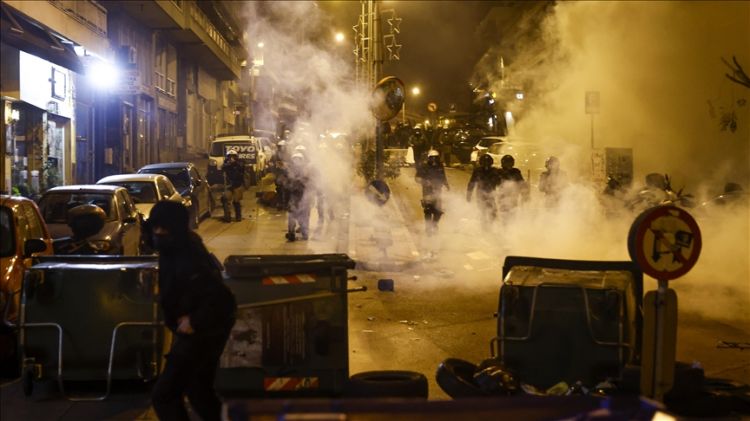 Thousands of people took to the streets across Greece on the 14th anniversary of the killing of a teenager by police, Ednews reports citing Anadolu Agency.

Protestors, predominantly students and young people with leftist and anarchist organizations, gathered in central Athens in the evening and marched towards the parliament building in central Syntagma Square, the Avgi daily reported.

It said there were clashes between the police and some protestors in the Exarchia neighborhood of the capital and adjacent Omonia Square and police arrested six people.

According to the daily, in Athens alone, at least 4,000 police were on hand to deal with the protestors.

Demonstrations were also held in other Greek cities, including Thessaloniki, Rethymno, Volos, Patras and Ioannina, and leftist parties SYRIZA-PS, the Communist Party of Greece (KKE) and MeRA 25 issued statements in which they condemned the murder and “state repression.”

Alexandros Grigoropoulos, a 15-year-old student, was murdered by a police officer in December 2008. He had been out with his friends in the Exarchia district of Athens when he was shot dead by the officer following an altercation.

His death sparked violent riots across the country that lasted nearly a month.

The officer, Epaminondas Korkoneas, was convicted of murder and sentenced to life in prison.