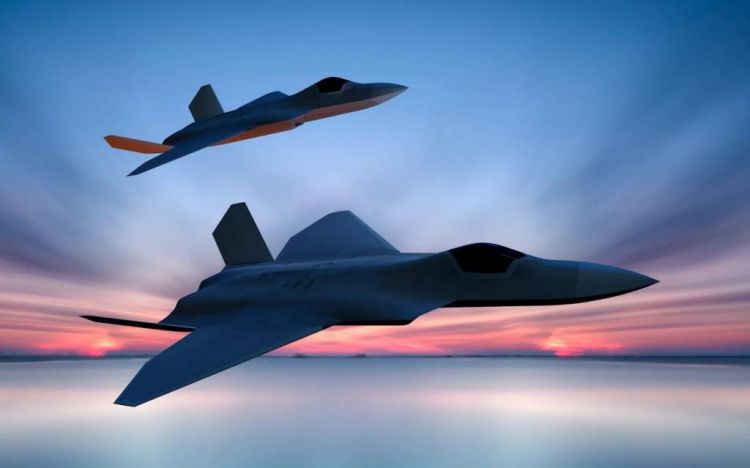 Defense contractors in the United Kingdom, Italy, and Japan are to collaborate to develop a next-generation fighter jet, Britain’s Prime Minister Rishi Sunak is set to announce on Friday, Ednews reports citing REMİX

It is understood the new Tempest aircraft will replace the Eurofighter Typhoon jet currently used by Britain’s Royal Air Force and the Italian Air Force. The jet will adopt artificial intelligence to be flown without a pilot’s input if required. It will also be capable of firing hypersonic missiles.

Work on developing the jet is reportedly already underway, with it expected to enter service by the mid-2030s.

Britain’s BAE Systems, Japan’s Mitsubishi Heavy Industries, and Italy’s Leonardo defense contractor will reportedly lead on the design of the aircraft, according to Japan’s defense ministry.

The cooperation agreement, known as the Global Combat Air Programme (GCAP) is the first partnership of its kind to span Europe and Asia, and will be Japan’s first major defense collaboration with a nation other than the United States since World War II, according to Reuters.

The venture is expected to create thousands of jobs across the three countries and strengthen ties in the wake of increasing threats from Russia and China.

“We are committed to upholding the rules-based, free and open international order, which is more important than ever at a time when these principles are contested, and threats and aggression are increasing,” the three nations said in a joint leaders’ statement.

“Through the GCAP, we will build on our longstanding defense relationship. The GCAP will accelerate our advanced military capability and technological edge. It will deepen defense cooperation, scientific and technological collaboration, integrated supply chains and further strengthen our defense industrial base,” they added.

The statement highlighted the “broader economic and industrial benefits” of the agreement, supporting jobs and livelihoods in Italy, Japan, and the UK, while “attracting R&D investment in digital design and advanced manufacturing processes.”

“It is our hope that the Global Combat Air Programme, and through it our partnership of capabilities, will be a cornerstone of global security, stability and prosperity in the coming decades,” the statement concluded.

The British prime minister is expected to launch the first major phase of the program during a visit to an RAF base in Coningsby, Lincolnshire, on Friday.

“The next-generation of combat aircraft we design will protect us and our allies around the world by harnessing the strength of our world-beating defense industry — creating jobs while saving lives,” he said ahead of the visit.