ANAMA: ‘64,000 hectares of liberated territories have been cleared of mines’
Read: 197 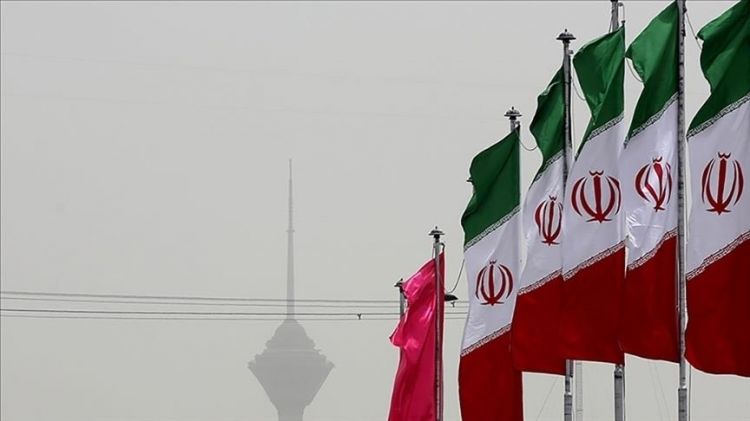 Two Iranian men were executed early on Saturday in Tehran in a case related to the killing of a paramilitary Basiji trooper in late November, the judiciary said.

Mohammad Mahdi Karami, 22, and Seyyed Mohammad Hosseini, 39, were sent to gallows less than a week after the country's top court upheld their conviction, Anadolu Agency reports.

In a statement, the judiciary's media center described the two men as the "main perpetrators of the crime" that led to the death of Rohullah Ajamian.

Ajamian, a 27-year-old paramilitary Basiji, was killed by a group of angry protesters armed with cold weapons in early November in the city of Karaj, the capital of central Alborz province.

The judiciary conducted a televised trial of the accused men, in which the main defendants presented graphic details of the incident that led to Ajamian’s death.

A total of 16 accused were tried in the case, of which five were handed death verdicts and 11 others were given long-term jail sentences.

The death penalty was on the charges of “corruption on earth” as well as “crimes against security” and “disrupting public order,” judiciary spokesman Masoud Setayeshi said early last month.

On Tuesday, Amir Hashemi, head of the judiciary’s public relations wing, in a statement said the verdict against Karami and Hosseini had been upheld by the apex court while the death sentence against the other three accused was overturned.

The death verdict issued against Hamid Qara Hasanlou, Hossein Mohammadi and Reza Aria was overturned "due to the existence of defects in the investigation,” he said, adding that there would be a retrial.

The top court also ordered a retrial in the case of 11 other accused sentenced to jail.

The execution of Karami and Hosseini takes the total number of executions to four amid months-long protests sparked by the death of a 22-year-old Iranian woman Mahsa Amini in the custody of police in mid-September.

Mohsen Shekari, 23, was the first to be hanged on Dec. 8, 2022, in Tehran. Four days later, Majidreza Rahnavard, 23, was executed in public in his hometown of Mashhad.

Shekari was accused of “disturbing the social order and security" in west Tehran while Rahnavard was accused of killing two Basiji personnel in Mashhad.

Both executions drew widespread criticism and condemnation from human rights groups as well as the United Nations and Western countries.

“Executions following unfair trials constitute an arbitrary deprivation of life,” said a statement by UN experts last month, urging Iran to establish a moratorium on executions “with a view to abolishing the death penalty.”

Iran has been rocked by sweeping protests in recent months following Amini's tragic death, resulting in the killing of hundreds of people.

According to official data, at least 200 people have been killed in the unrest. Foreign human rights groups, however, have put the toll above 450.