India is ready to abandon the Su-57 and focus on buying the American F-35s
Read: 350 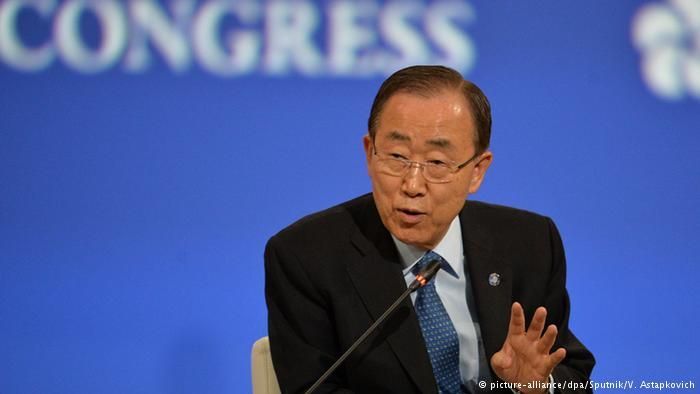 United Nations Secretary General Ban Ki-moon began Monday his official visit to Argentina with a speech in which said the principal objectives of his work are achieving gender equality and doing something about climate change, as well as making the U.N. more efficient.

Ban's third visit to Argentina as U.N. secretary general comes at a historic moment for the country, since it is revitalizing its development and its role in international politics, he said in his speech at the forum organized by the Argentine Council for International Relations, or CARI, at a hotel in Buenos Aires.

During his address, Ban reviewed his work as head of the organization, the challenges awaiting whoever becomes secretary general in 2017, and current problems marked by the refugee crisis and the fight against a degree of terrorism and extremism never seen before.

"Violence is on the rise...violence is shattering lives, disrupting development and forcing millions from their homes."

He said that governments must consequently "do more to prevent conflict and build peace, to uphold international humanitarian law, and live up to the promise of the Charter of the United Nations."

During his 9 1/2 years as head of the U.N., Ban has sought to change the organization by incorporating more women, but acknowledged that work must still be done to eliminate the glass ceiling that blocks gender equality in individual countries and internationally.

He said that "promoting the political participation of women" and "ending violence against women and girls" have been two of the main objectives of his work.

"Attaining gender equality is essential to achieving the Sustainable Development Goals," he said.

With regard to the fight against climate change, the secretary general expressed optimism about the agreement reached in Paris in 2015, adding that "tackling climate change is essential for sustainable development."

And if the Millennium Development Goals concentrated on helping the developing world, the U.N. that Ban Ki-moon will leave at the end of the year "will go much further...the 17 Sustainable Development Goals for 2030...is a collective promise by world leaders to leave no one behind as we work for people, planet, peace and prosperity."