Biden could ruin Israeli operations against Iran by leaking info to US media
Read: 178 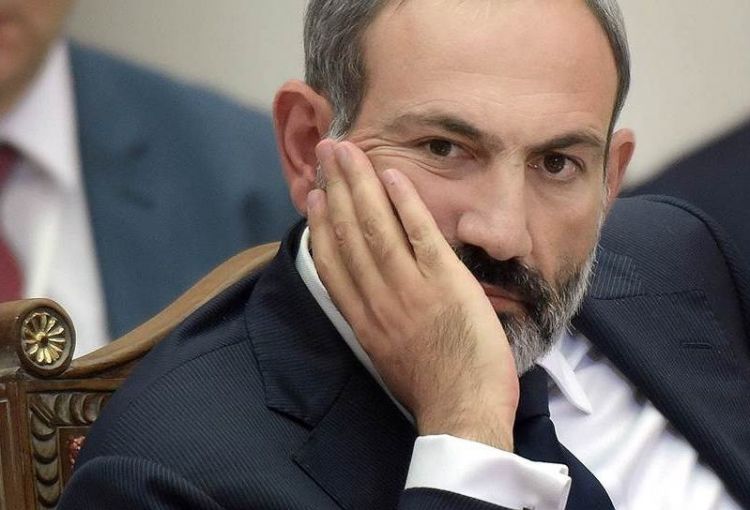 The weekend has not passed tranquil for the Prime Minister of Armenia Nikol Pashinyan. The rivals of Pashinyan didn’t remain silent and didn't leave the political arena for Pashinyan humbly.

The main political rival of him, former National Security Service (NSS) of Armenia Artur Vanetsyan was elected president of a political party and the ex-Ambassador to Holy See, Mikael Minasyan blew the media by posting a video. In his video, Minasyan announced serious accusations against Pashinyan.

After seizing the power by the revolution, Pashinyan’s struggle against the old regime and the opposition has not reached the end yet. Constant attacks are making by each side and the political struggle is transforming into a fierce battle.

Artur Vanetsyan one of the main political figures against Pashinyan was elected president for Hayrenik (Homeland) Party on May 30. It is the inception of his political game. Noting that Vanetsyan revealed his aim to form a political party in his interview in February this year.

In the congress of the party, Vanetsyan set goals for their future actions. Former NSS chief touched upon foreign policy and the internal policy of Armenia.

Vantesyan stressed the bad living conditions of Armenians and even stated that finding daily bread becomes a difficult issue. While explaining the situation, he seems very confident and believes in his ability to solve the problems

“I have clear ideas where we are, where we should reach, and with what means,” he said.

He also paid attention to the serious challenges created in pandemics, Vanetsyan considers the situation needs operative management. He also condemned the incumbent government for their unwillingness of solving challenges the country faces.

“We all understand that to solve these issues we need competent authorities that will be frank before the people,” he showed the path to success.

The head of Hayrenik party does not see anyone in Armenia as an enemy and he stressed the willingness to conduct joint work in order to solve problems.

As a political figure of Armenia, he couldn’t bypass the main security issue of the country, Nagorno-Karabakh. He rejects the settlement of the conflict by war and he thinks that Armenia should make this idea available to the international community and Azerbaijan.

Vanetsyan supported package solution over stage-by-stage solution. Vanetsyan added that Armenia was and will be the guarantor of so-called Nagorno-Karabakh Republic's security.

“We need to carry out everyday work with our international partners in different formats – CSTO, EAEU, PACE, EU, and other structures,” he added.

Artur Vanetsyan was appointed to the chief of NSS by Nikol Pashinyan on May 10, 2018, and he resigned from his post in September the previous year. Vantesyan is considered the second influential person in the political life of Armenia.

According to some political analysts, he was a bridge between the old regime and the revolution.  According to the former deputy head of National Assembly Arsen Babayan, Pashinyan sees Vanetsyan as the real competitor.

Another huge blast to Pashinyan came from former Armenian Ambassador to the Vatican and the son in law of former President Serzh Sargsyan, Mikael Minasyan. He accused Pashinyan of involving international arms trade by posting a video on May 30 on his Facebook account.

He revealed the information about the trip of former Head of Intelligence Department, Arshak Karapetyan to Moscow to meet with the officials of the Russian Defense Ministry. Minasyan claims that Karapetyan visited Moscow by Pashinyan’s order because in the time of state emergency only state officials can cross the border. Nevertheless, there is no information about the trip on governmental websites.

According to him, Karapetyan was sent to Moscow to negotiate with Russian special services to help the PM and his family over the case of smuggled cigarettes.

Minasyan says that this is not the only mission of Karapetyan, Pashinyan attracted Armenia to the black market of the international arms trade.

The ex-Ambassador explained that Armenia has a right to purchase weapons from Russia at domestic price and then these purchased weapons appear in the third country.

Minasyan called Pashinyan’s activity as disrespect to the Armenian nation. He noted that Pashinyan is ready to do whatever for gaining money and power.

Nikol Pashinyan has received two blows by the former Armenian political figures on Saturday. The events tell us that Pashinyan faces serious threats by the opposition, which could shake his authority.

Now, Artur Vanetsyan officially joined the battle for the power. It could generate panic and make the threat serious for Pashinyan’s government.

Disclosure of secret activities of Pashinyan could damage his reputation and become a tool against him in the hand of the opposition. Another point is that such information is likely to be only the visible side of the iceberg, and it is possible to believe that there is still a lot of undiscovered information.

It seems that Pashinyan’s hunt against the old regime boosted the sense of revenge in those chased by him. The possibility of involvement of foreign actors is high in this political game and it is a huge risk for political stability. Armenian politics is at the threshold of a decisive moment.