'Loss of general means achieving anything in talks in near future will be impossible' - Former CIA analyst | Eurasia Diary - ednews.net

daily news
Two more commissions will be established to consider the appeals of demobilized citizens. - Ministry of Defence
Germany says interested in discussing Nord Stream 2 with the US
Russian opposition leader Alexei Navalny to fly home despite arrest threat
U.S. Diplomatic Mission in Kazakhstan launches ’30 Years Together’ campaign
Uzbekistan to commission 9 power plants in 2021
Georgia to get first part of Covid vaccine in one month
Representatives of TURKSOY and CCTSS to visit Agdam - PHOTOS
US arrests man with gun, ammo at Capitol checkpoint
﻿

The trilateral statement of 11 January is necessary for economic stability and prosperity in the region - Experts
Read: 512

"It is impossible to imagine Shusha without Jidir Duzu, Azerbaijan without Shusha" - President Aliyev
Read: 211

President Aliyev has laid the foundation of the Fizuli-Shusha road and airport in the Fizuli region - PHOTOS
Read: 202 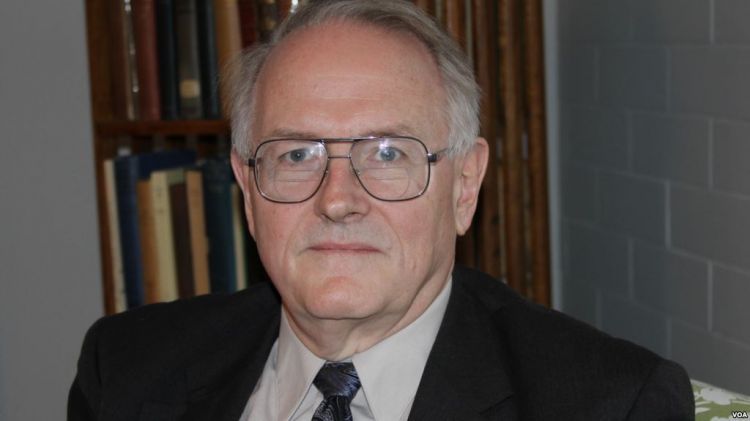 On July 12, Armenia launched attacks on the border with Azerbaijan in Tovuz. As a result of Armenian provocations, Azerbaijan lost 11 servicemen including 1 general.

The situation in Tovuz posed a great threat to the peaceful resolution of Nagorno-Karabakh.

American political analyst and writer at the same time former CIA analyst, Paul A. Goble shared his views on the current clashes with EDNews.net.

It is worthy to note that armed clashed started in the border not frontline along Karabakh.

American analyst thinks that Armenia is testing the stances of Russia.

"Armenia wanted to be sure that Russia is still in its corner and will prevent Azerbaijan from using its larger army to respond," he noted.

Paul Goble excludes any special geopolitical meaning behind the scene. He also stated that a prolonged war is not so expectable.

"I can’t even imagine how that could occur. Russia would be very clear about the need to prevent that from  happening."

Political analyst also added that no other powers are going to get involved at least for the foreseeable future.

"The fact that Azerbaijan lost senior officers means that it will be almost impossible to achieve anything in talks in the near future. Azerbaijanis will see standing tough as a point of national honor," Paul Goble concluded.