Every Armenian resident of Karabakh will have to take a written oath of allegiance to Azerbaijan - Expert
Read: 534

"The destruction of the city of Fuzuli is a clear example of Armenian vandalism and savagery against Azerbaijan and the Azerbaijani people" - Erkan Ozoral
Read: 350

"Agdam operation was already part of plan, we would have liberated Agdam, anyway" - Azerbaijani President
Read: 243 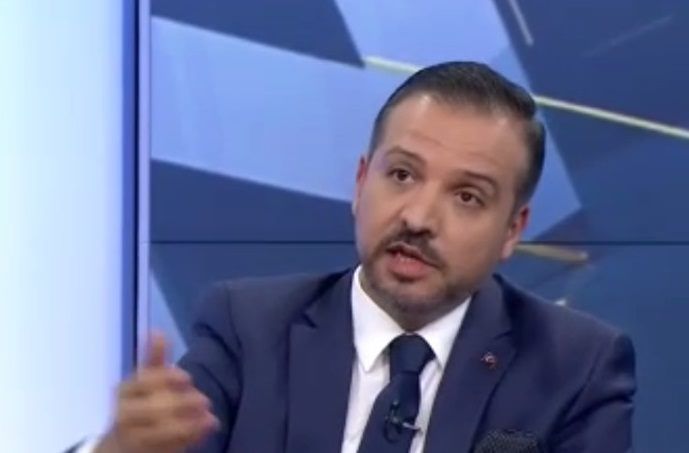 With yesterday's advance, the Azerbaijani army took the Iran-Karabakh border line under its control. With the liberation of the Agbend border gate, logistical support from Iran to the occupied area was severely blocked. It is possible to say that this will have effects on the field and even on the table.

In his article published on Haber Turk Prof. Dr. Kurshad Zorlu clearly depicted the situation that Iran is going unavoidably face after the complete liberation of Karabakh by Azerbaijani army.

Eurasia Diary would like to present the full article.

As such, the Karabakh problem becomes quite strategic and complex for Iran.

First of all, it should be remembered that Azerbaijan was divided into north and south with the 1813 Gulistan and 1828 Turkmenchay agreements. Northern Tsarism remained in Russia and Southern Azerbaijan remained in Iran. Iran has always seen this concept as a threat. It even recognized the Azerbaijan Republic founded in the north in 1918 after about 2 years.

When the Armenian occupation and conflicts, which intensified after Azerbaijan gained its independence, posed a threat to the security of Iran, Tehran's mediation attempt twice failed. In fact, the result Armenia achieved in both of these attempts was the most critical steps of the occupation. First, on February 24, 1992, Iranian Foreign Minister Ali Akbar Velayeti visited the region to mediate between the parties and while trying to reconcile, Armenia carried out the Khojaly Genocide.

Secondly, on May 7, 1992, a meeting was held in Tehran between Azerbaijani Parliament Speaker Yakub Mammadov, Armenian President Levon ter Petrosyan and Iranian President Hashimi Rafsanjani. Here, an agreement consisting of 8 articles was signed between Azerbaijan and Armenia. But two days after the agreement, Armenia occupied Shusha on May 9 and Lachin on May 17 ... These two unsuccessful attempts also prevented Iran's future efforts.

For Iran, Karabakh has a strategic importance in reducing the influence of non-regional actors in the South Caucasus. Karabakh has an instrumentality especially for the USA and the West not to be active here. Progress in Azerbaijani-Israeli relations is another factor in Iran's rapprochement with Armenia.

However, taking into account the 35 million Azerbaijani Turks in Iran, it sees the state of deadlock in Karabakh as a means of pressure on Azerbaijan. If the problem is solved in favour of Azerbaijan, there will be hope for people in Iran, and Iran's integrity will be at risk. Moreover, demands and claims that one day northern and Southern Azerbaijan will unite are not new, they are clearly voiced in different channels.

In addition, today's Armenia, Turkey, Azerbaijan and the country of one of the most important because of foreign trade relations with Georgia and Iran. Here, Iran's goal of using the Armenian diaspora to its advantage is also effective. The mother tongue right of Armenians in Iran is much more advanced than 35 million Azerbaijani Turks. In this respect, Iran aims to make Armenia more dependent on itself with its policy on the Karabakh problem.

However, the prolonged conflict still increases the risks for Iran. With the increasing chaos, the obligation to choose between Christian Armenia and Muslim Azerbaijan forces Iran at home. And as in the recent conflicts, the Azerbaijani Turks here share their reactions.

Therefore, if Iran really cares about its integrity and the stability of the region, it should support the principle of territorial integrity of Azerbaijan unabated.