What may hamper Biden's 'own' strategy on Iraq? | Eurasia Diary - ednews.net

What may hamper Biden's 'own' strategy on Iraq? 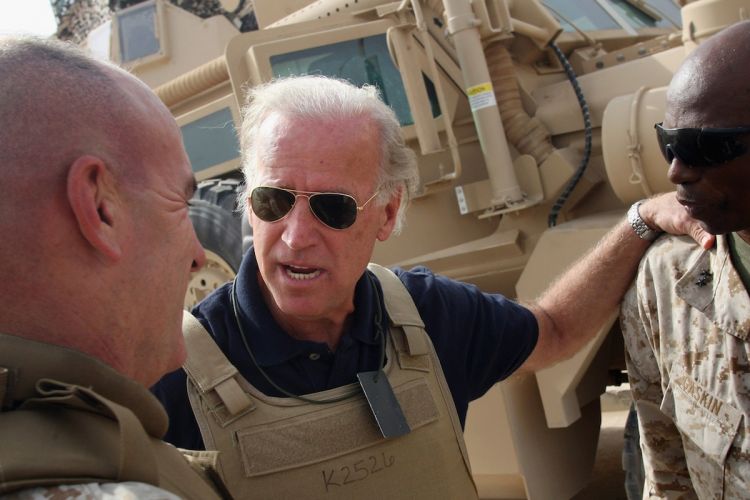 In October 2011, then-US President Barack Obama proclaimed that "the tide of war is receding" and that all American forces would leave Iraq before the end of that year.
Barack Obama's failure to deliver on his pledge to fully withdraw US troops from Iraq is a "misstep" that may hamper President Joe Biden's "own unique strategy" concerning this Middle Eastern nation, Newsweek reports.
In October 2011, then-President Obama announced that all American troops would be pulled out of Iraq by the end of that year and that "the US leaves Iraq with our heads held high".
He attributed the decision to an array of changes in American foreign policy priorities, including a troop drawdown in Afghanistan, as well as new political realities in the Middle East and Africa, saying "the tide of war is receding".
Newsweek cited veteran American diplomat James Jeffrey as saying that with Biden trying to distance himself from "past approaches", he will have to deal with the international community no longer putting the US at the centre.
“The world has moved on beyond Biden's core views. The US is no longer the 'indispensable nation', and intervention by the US in countries' inner politics to promote American values is problematic and typically a failure", Jeffrey argued.
He was partly echoed by Daniel Davis, senior fellow at the think tank Defence Priorities, who told Newsweek that the time has come to withdraw US troops from Iraq.
"There are no American security interests at stake in Iraq, period, and there's no valid military mission. There are no valid, militarily attainable objectives the military is even attempting to perform, ergo, there is no standard by which they would ever leave. So they need to just get out of there, because they're not helping our country and we endure a premium cost in the process", Davis, who is a retired US Army colonel, asserted.
He also claimed that it's irrelevant to try to implement a US mission in Iraq with just 2,500 people.
The expert referred to then-acting Secretary of Defence Christopher Miller stating in mid-January that the Pentagon had fully carried out former US President Donald Trump's order to draw down troops in Afghanistan and Iraq, and now has just 2,500 soldiers stationed in each country.
"I served as an Iraqi military trainer, so I know what can and can't be done with that number of troops, and you can't effectively train a foreign army with so few troops", Davis said.
Newsweek noted that the absence of set dates for troop withdrawal from Iraq leaves open the possibility of indefinitely extending the so-called "forever wars" the Biden administration "claimed to loathe".
No Full US Troop Exit From Iraq?
The remarks come after the military news website Defence One referred to a recent statement by Deputy US Ambassador to the UN Richard Mills that apparently signals the Biden administration's unwillingness to withdraw US troops from Iraq.
"Among its top priorities, the United States will seek to help Iraq assert its sovereignty in the face of enemies, at home and abroad, by preventing an ISIS [Daesh*] resurgence and working toward Iraq's stability. The United States will remain a steady, reliable partner for Iraq, and for the Iraqi people today and in the future", Mills told a UN Security Council meeting earlier this week.
He spoke after reports emerged late last month that the Biden administration might halt plans for future troop reductions in conflict zones amid concerns that the remaining numbers may be insufficient to engage in "counter-terrorism" operations or train local forces.
Officially, the Pentagon says the US administration has not yet made up its mind on its stance in either Iraq or Afghanistan even though Washington earlier announced a "force posture review" of the "US military footprint, resources, strategy, and missions" worldwide.