Who benefits from the reported armenian-azerbaijani border incident? 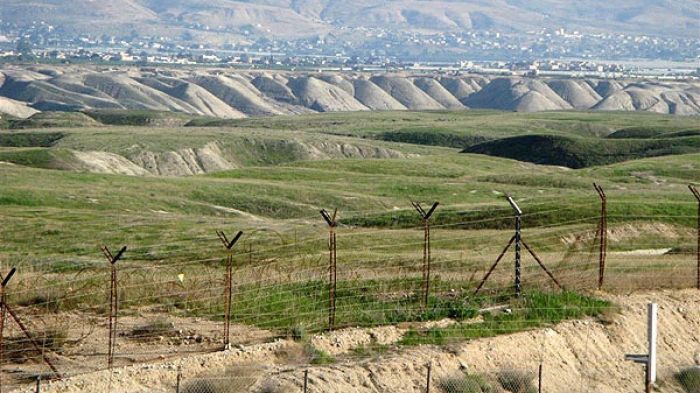 Armenia reported an alleged Azerbaijani incursion of its border earlier this week around the Lake Sev Lich region. Prime Minister Pashinyan informed President Putin about it and also requested consultations with the CSTO mutual defense pact.

The Russian leader, for his part, emphasized the need for both parties to observe last November's ceasefire that his country helped mediate. Azerbaijan, meanwhile, disputed Armenian's interpretation of events and claimed that the de facto lack of a state border in the area after independence created complicated technical issues that are presently being resolved through appropriate steps.

The incident wasn't exactly unexpected for several reasons. Firstly, as Azerbaijan noted, the de facto lack of a state border in the area is the immediate problem. Secondly, Armenia has been fearmongering since the end of the Karabakh War that Azerbaijan has territorial designs over its Syunik Province through which the Zangezur Corridor is expected to transit. Thirdly, that selfsame corridor is one of the outcomes of last November's ceasefire even though it wasn't described by name. Fourthly, Armenia nowadays refuses to implement that part of the agreement. And finally, Armenia is desperate to reverse reality by portraying itself as a victim.

These factors combined to create this week's dramatic situation whereby Armenia overreacted to an alleged border incident for what were arguably self-serving political reasons. Yerevan aimed to reinforce the false notion that it's a victim of so-called “Azerbaijani aggression” despite having been the aggressor in the latest conflict. To this end, it misportrayed the incident in order to conform to the scenario that its perception managers had preconditioned their targeted audience to expect. Taking matters further, Armenia then attempted to multilateralize the manufactured dispute by requesting CSTO consultations.

With these observations in mind, it's clear that Armenia is the only party that benefits from the reported border incident. The landlocked country sought to achieve short-term tactical information warfare gains by presenting itself as a victim while simultaneously advancing longer-term strategic ones insofar as trying to recruit Russia to its side. The Eurasian Great Power, however, remained characteristically balanced with its response since it presumably suspects that something foul is afoot. After all, Armenia tried to drag Russia into last year's war but to no avail, and some in Moscow might suspect that it's attempting the same trick twice.

What's most important is that last year's ceasefire agreement is fully complied with, exactly as President Putin emphasized. To this end, Armenia must ensure that all economic and transport links in the region are unblocked, especially those stipulated in the text as being between the western regions of the Republic of Azerbaijan and the Nakhichevan Autonomous Republic (which Baku describes as the Zangezur Corridor). Yerevan's refusal to comply with these terms that it earlier agreed to can be attributed to its leadership's desire to provoke drama ahead of next month's elections in the hopes of attracting more nationalist support.

In other words, regional peace is being endangered by Armenia once again for self-interested reasons, this time related to its domestic politics and less so its regional expansionist aims like what motivated its nearly three-decade-long occupation of approximately a fifth of Azerbaijani's universally recognized territory. There shouldn't be any problem when it comes to Armenia's compliance with that clause of last year's ceasefire either since it also mandates that Russia's Border Guard Service bodies will exercise control over transport communication. Therefore, Armenia doesn't have any credible reason to fear so-called “Azerbaijani aggression”.

It shouldn't be forgotten that Armenia is after all a member of the same CSTO as Russia, meaning that Moscow might militarily intervene to defend Yerevan's territorial integrity in Syunik Province in the unrealistic event that Baku actually invaded to annex it exactly as Yerevan de facto attempted to do with Karabakh and the surrounding districts. No such designs are being considered by Azerbaijan though since such a scenario is purely the fabrication of Armenia's perception managers (a more polite term for propagandists in this case). Russia seems aware of this reality, hence its very mature and measured response to the reported border incident.