Geopolitical Nature of the Local Conflicts in Caucasus - ednews.net

Geopolitical Nature of the Local Conflicts in Caucasus 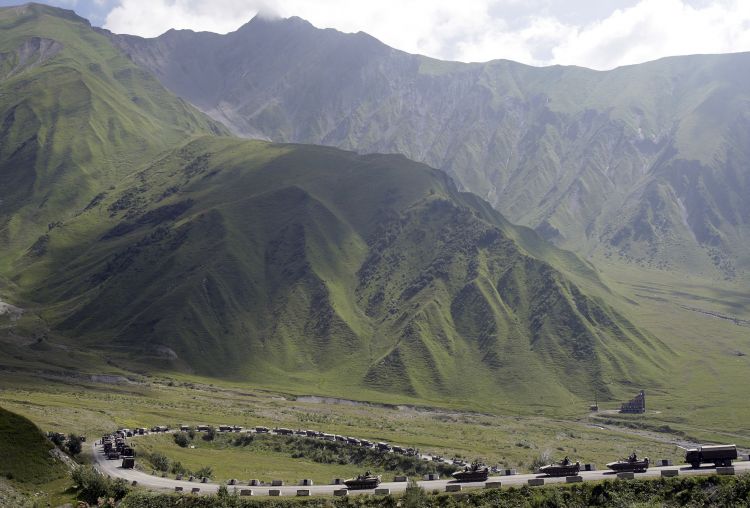 Article was written by Guram Marhulia. Doctor of Historical Sciences, Professor of Sukhumi State University (Georgia), President of the Caucasus International Center for Geostory and Geopolitics.

The problem of armed conflicts is one of the most important issues at the present stage of international relations development.

Since Caucasus region historically and economically has a high internal potential for a conflict, the hearth of the military confrontations in the region represents a great threat to the international peace and stability. Therefore, taking into account this tendency, the increased interest of the historical, political, legal and other sciences in armed conflicts in the Caucasus, the reasons of their origin, the consequences and mechanisms of their settlement is justified.  Moreover, the development of some general methods for resolving this type of conflicts is becoming urgent due to the fact that these conflicts serve as a ground for emergence of specific socio-political and other relations that have an extremely destabilizing effect on the region and undermine international peace and security.

We are not the first ones to note that the territory of the former Soviet Union is under Russia’s foreign policy priority line; thus, in order keep this area under its geopolitical influence, Russia unleashed all conflicts in the region and began to “settle” them itself.

Chisinau, Baku and Tbilisi perfectly understood the geopolitical goals of Russia and neither side believed in a just Russian regulation of the issue, therefore each side was looking for its own way to restore the territorial integrity of their countries.

It is known that as a result of conflicts, about half a million Georgians found themselves refugees in their own country, a more difficult situation was in Azerbaijan, where more than a million citizens were forced to leave their homes, all of them needed to be provided with a place for further residence, most of them both in Azerbaijan and in Georgia were forced to live in inhuman conditions.

Peacekeeping is becoming the main method for resolving conflicts if participants of conflicts “resist”, and, also it is turning into an important tool for ensuring stability in the world. The deployment of a peacekeeping force is one of the widespread and effective measures to resolve conflicts, end clashes and establish peace, as well as involve the police and civilian contingents.

The occupation of the Georgian regions followed the same scenario. Thus, in 1989 so-called South Ossetian Autonomous Region proclaims itself as an autonomous republic, and a year later declares its sovereignty. In response, on December 10, 1990 the Supreme Council of Georgia abolishes the Ossetian autonomy altogether. The matter became the reason for the discontent of the Ossetians, read Moscow! The conflict began, Moscow supported the Ossetians and the territory of the former autonomous region was occupied.

Georgia was outraged and already in 2006 the country’s parliament made a decision to replace the Russian “peacekeeping” forces with an international contingent. However, the territory of Georgia was occupied not to transfer it latter to the international forces. Soon, as a result of the war in August 2008, Russia, in order to get rid of the burden of the occupier, decided to recognize the independence of the Georgian regions, so the historical Georgian lands, with the light hand of the Moscow rulers, received the status of “Independent States”.

After Russia recognized the independence of the Georgian regions, Russian peacekeeping has completely exhausted itself. The occupation forces could no longer call themselves peacekeepers in front of the world community, so they again turned into a Russian military contingent in the occupied territories.

Unlike Georgia, Azerbaijan has embarked on an information war. Information warfare has not only become an integral part of military operations, but has also been widely used as an instrument of international politics. Dozens of information sites were created in many languages of the world, where Azerbaijani journalism was at the forefront and honorably fulfilled the work entrusted to them.

The experience of world history shows that the problems of preparation, accumulation and mobilization of resources are in close unity with the strengthening of the military security of the state. Large-scale changes in the means and methods of warfare that occurred at the turn of the 20th – 21st centuries did not diminish the importance of the military-trained reserve in achieving victory.

Azerbaijan prepared for the war for a long time, systematically and patiently. A powerful ideological, informational and moral-psychological work with the population was carried out, and made society ready for large-scale hostilities. The President of Azerbaijan was expecting a convenient geopolitical alignment of forces.

After armed clashes on the border between Armenia and Azerbaijan in July 2020, which led to the death of Major General of Azerbaijan Polad Gashimov, mass demonstrations were held in Baku calling for the re-start of the war over Karabakh.

Aliyev stated that the search for a peaceful solution with Armenia is useless. Three days before the outbreak of hostilities, the Azerbaijani Foreign Ministry published a list of provocative actions taken by Armenia since Prime Minister Nikol Pashinyan came to power in the 2018 Velvet Revolution.

In the early morning of September 27, 2020, the Azerbaijani Defence Ministry accused the Armenian forces of firing large-calibre weapons, mortars and artillery mounts at villages in the Terter, Aghdam, Fizuli and Jebrail regions, as a result of which civilians were injured. Later, the beginning of a large-scale counter-offensive operation using tanks, artillery, missile systems and aviation was announced.

Azerbaijani television showed the appeal of Azerbaijani President Ilham Aliyev to the people of Azerbaijan. In particular, he stated: “This morning, the armed forces of Armenia, using various types of weapons, including heavy artillery, fired on our settlements and military positions from several directions. As a result of enemy shelling, there are casualties, wounded among the civilian population and military personnel … The Azerbaijani army is currently firing, striking at the enemy’s military positions, and as a result of these attacks, most of the enemy’s military equipment was destroyed. This is another manifestation of Armenian fascism ”.

The Azerbaijani army launched a full-scale war in all directions, and in just 44 days of hostilities, the Azerbaijani army under the leadership of the Supreme Commander-in-Chief of the Armed Forces, President Ilham Aliyev, dispelled the myth of the invincible Armenian army. The enemy was defeated and put to flight.

At this time, Prime Minister Nikol Pashinyan, out of despair, began asking for help from his geopolitical ally. The advance of the Azerbaijani troops for the complete cleansing of Nagorno-Karabakh from the Armenian separatist forces was suspended by Moscow and it was proposed to peacefully return the rest of the territory to the jurisdiction of Azerbaijan. In order to avoid unnecessary casualties, the leadership of Azerbaijan has decided to agree to the suspension of its troops, since the territories remaining in the occupation will be peacefully returned to Azerbaijan.

As a result of the treaty, the armed forces of Russia and Turkey will be present in Nagorno-Karabakh.

The main thing is that Azerbaijani diplomacy has achieved in the geopolitical context the “right” to begin the liberation of the occupied regions; moreover, the battles were stopped even when there was not much left for the complete liberation of Nagorno-Karabakh. Armenian screams forced Moscow, as a geopolitical ally, to intervene and stop the Azerbaijani troops, but most importantly, the remaining territory will peacefully return to the jurisdiction of the Azerbaijani state. It is clear that for the time being, Russian troops will remain in Azerbaijan, where they were not there before this war.

Russia, in its geostrategic task, considers it will not allow a direct land connection of the state border of Azerbaijan and Turkey, otherwise Russia will completely lose the Azerbaijani geopolitical space, and which is why Russia was forced to intervene as “peacekeepers” in the conflict.

Russian peacekeeping is a separate topic, and we already mentioned it above when describing the Georgian regions, but would like to add that according to the Budapest Memorandum, Ukraine joined the Treaty on the Non-Proliferation of Nuclear Weapons, Russia, together with the United Kingdom and the United States, acted as the guarantor of Ukraine’s territorial integrity. Therefore, is seizure of Crimea, the actual occupation of Donbas by Russia a violation of the treaty, isn’t it? Undoubtedly a violation, however, we know from history that “an agreement with Russia costs as much as this paper is worth,” therefore, one should not rely on an agreement with Russia, the leadership of Azerbaijan is well aware of this.

Today, in complex international relations, the geopolitical situation is changing by leaps and bounds, therefore we believe that Azerbaijan, if not peacefully, then by military means is ready to return the rest of Nagorno-Karabakh, therefore, in Russia’s interests, compliance with the agreement and the peaceful end of the Armenian-Azerbaijani conflict.