'US is trying to settle score with China' - Russian Diplomat slams US attempt of bringing up Hong Kong at UNSC
Read: 556

There is no power structure in the world that can deal with issue of this scale - Armenia PM to people
Read: 468

Iran signs deal to supply electricity to Iraq for 2 years despite US pressure
Read: 426

Iran says Trump must reassess behavior of US forces in region 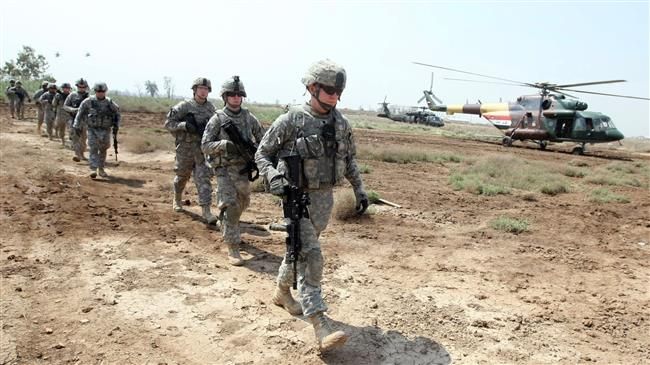 Iran says US President Donald Trump must reconsider behavior of occupying American forces in the region instead of leveling groundless accusations against other countries, EDNews reports citing Press TV.

Foreign Ministry spokesman Abbas Mousavi on Friday rejected the “baseless” accusations leveled by the US president against Iran regarding the recent attack on a US-occupied base in Iraq.

“Instead of making dangerous moves and baseless accusations, Mr Trump had better thoroughly reassess the presence and behavior of his forces in the region,” Mousavi said.

He also urged the US to seriously avoid spreading the virus of pinning the blame on others and making accusations with the aim of justifying its illogical behaviour and evading responsibility.

The spokesman suggested that such attacks on US interests in Iraq are the consequences of its illegal presence in the Arab country, stressing that Washington cannot blame others for the Iraqi people’s reaction to the US assassination and slaughter of their commanders and fighters.

A rocket attack on Wednesday hit a military base housing American troops near the capital Baghdad. The attack against Taji military camp killed three members of the US-led coalition, including two Americans and one Briton.

No group has yet claimed responsibility for the attack in which some 18 107mm Katyusha rockets struck the US-occupied camp.

However, Trump on Thursday claimed that the attackers were a group that “most likely looked like it could be backed by Iran.”

He later authorized the US military to respond to the rocket attack by launching a string of airstrikes against multiple locations of the Iraqi Popular Mobilization Units (PMU), better known by the Arabic name Hashd al-Sha’abi, as well as the Iraqi army and police.