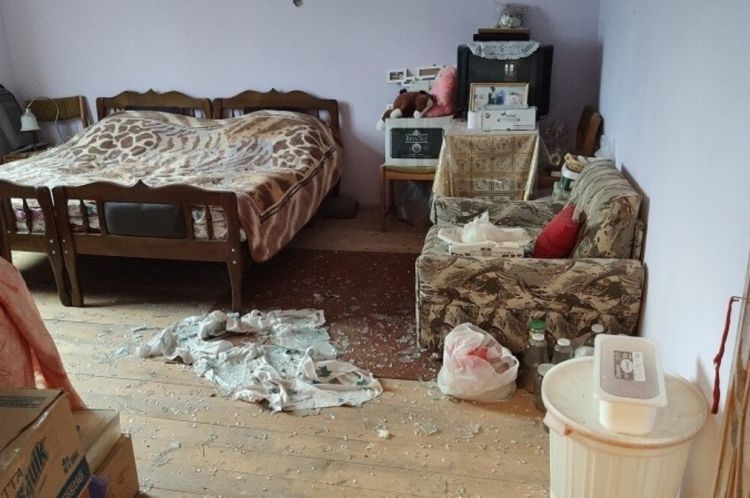 What is going on in Azerbaijan-Armenia conflict zones is neither new nor unexpected as this conflict is also a legacy of Imperialism like many of them waiting for their resolves.

A number of historians and regional observers believe that Imperialist powers deliberately left undecided borders and wrong demarcations of areas before they left countries so new independents states keep fighting with their immediate neighbours from the startup phase to cease possible growth of newly independent states.

This writer can cite several examples here but is avoiding to spread spectrum of this article therefore not touching Sub-Saharan, African, Middle Eastern, South Asian, Central Asian, and other Eastern European conflict zones.

Imperialist powers by design divided lands opposing to historic, ethnic, religious, and geographic realities and perspectives. The former Soviet Union did the same to help Armenia to install its unethical, illogical, illegal occupation of Nagorno-Karabakh which was historically, ethnically, geographically, and religiously an integral part of Azerbaijan.

However, Armenian aggression over Azerbaijani is centuries-old—older than arrival and departure of the Soviet Union. Armenia historically conducted several genocides of Azerbaijani civilians and leadership of the former Soviet Union knew that Armenia would never allow Azerbaijan to flourish peacefully.

How can one forget March 31, 1918, Azerbaijani citizens massacred? Human history would always remember the massacre of Azerbaijanis by Armenian Dashnaks and Bolsheviks.

Coming back to recent history, one should remember that since 1988, thousands of civilians had died in this conflict from both sides and Armenian hostilities and illegal occupation of Azerbaijani lands continued. Wars— negotiations– ceasefires—wars—negotiations -ceasefires are different chapters of the history of Nagorno-Karabakh conflict.

There are four crystal clear Resolutions of United Nations that confirm that Armenian occupation over Azerbaijani lands is illegal and must be reversed but these categorical resolutions are also awaiting withdrawal of illegal occupation of Armenia.

Turkey and Pakistan moved a resolution numbered 822 in United Nations Security Council (UNSC), demanded the cessation of hostilities, and the withdrawal of all occupying Armenian forces from Kelbajar and other occupied areas of the Azerbaijani Republic following its occupation on April 3, 1993.

On 30 April, the United Nations Security Council (UNSC) passed Resolution (#822, co-sponsored by Turkey and Pakistan), demanding the immediate cessation of all hostilities and the withdrawal of all occupying forces from Kelbajar. The Council urged the parties concerned to resume negotiations to bring about an end to the conflict within the framework of the peace process proposed by the OSCE Minsk Group, and refraining from any action that would disrupt the process. While it acknowledged Armenian involvement, it did not directly accuse Armenia of aggression.

The resolution then called for unimpeded access for international humanitarian relief efforts in the region to alleviate the suffering of the civilian population by way of humanitarian aid, reminding the parties to meet their obligations under international humanitarian law. It concluded by requesting the Secretary-General, in consultation with the Chairman-in-Office of the Organization for Security and Co-operation in Europe as well as the Chairman of the Minsk Group of the Conference, to assess the situation and report back to the Security Council.

UNSC Resolution #853   was adopted on July 29, 1993, demanding the immediate cessation of all hostilities, calls on the withdrawal of the occupying forces from Agdam and other occupied areas of the Azerbaijani Republic and reaffirms UN Resolution 822.

On October 14, 1993, UNSC Resolution #874 was adopted for the preservation of the ceasefire, cessation of hostilities and withdrawal of Armenian troops from occupied Azerbaijani districts of Fizuli (August 23, 1993), Jabrayil (August 26, 1993), Qubadli (September 31, 1993) and other occupied areas of the Azerbaijani Republic, and reaffirms UN Resolutions 822 and 853.

On November 12, 1993, UNSC adopted another Resolution #884 and condemned violations of the cease-fire established between the parties, which resulted in a resumption of hostilities; calls upon the Government of Armenia to use its influence to achieve compliance by the Armenians of the Nagorno-Karabakh region of the Azerbaijani Republic with resolutions 822, 853 and 874; demanded from the parties concerned the immediate cessation of armed hostilities; called for the withdrawal of Armenia from Azerbaijani district of Zangilan and reaffirms UN Resolutions 822, 853, 874.

The Organisation of Islamic Cooperation (OIC), European Union, Organization for Security and Co-operation in Europe (OSCE– Minsk Group), and United Nations Security Council accept that Nagorno – Karabakh region belongs to Azerbaijan but Armenia does not leave its occupation. Why such a small country is constantly flouting and rejecting peace initiatives offered by Azerbaijan and laughing at so-called peacekeeping forums? Is it not a perfect question for asking to UNSC, OIC, OSCE etc?

Interventions in countries like Afghanistan, Iraq, Libya with and without UNSC Resolutions have been seen in modern history but UNSC expresses silence over its own adopted Resolutions when an interest of powerful groups lies in “Silence”.

Silence is not an answer for what is going on in Conflict Zones because silence to resolve issues actually encourages extremism and radicalization of crises and issues.

This writer believes that whosoever are providing weapons to aggressors like Armenia, are equally responsible for killing and massacre as of actual aggressors who are triggering guns towards innocent and subjugated populations.

One should not forget the law of nature that Injustice and Peace cannot live together. Agha Iqrar Haroon is a Development Observer and senior journalist from Pakistan. His area of work includes Central Asia, South Asia, and Eastern European regions.
He is also the Chief Editor of DND News Agency. He covered Afghan War during 1995-97 and then during 2002-2004 as Conflict Reporter