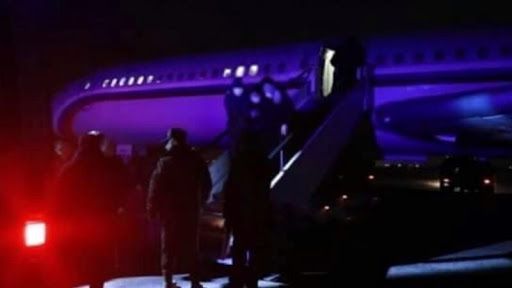 The Russian plane was supposed to deliver Armenian terrorist groups from Azerbaijan, but the plane arrived empty. Relatives of the terrorist groups, who were waiting for them at the airport, went to the building of the Ministry of Defence, where the protest is taking place

The Russian plane, which was supposed to deliver the prisoned Armenian terrorist groups from Baku back in Armenia, landed in Irevan empty, an interlocutor in the Armenian government told foreign media, Eurasia Diary reports citing archyde.com.

According to the report, only the commander of the Russian peacekeeping mission in Nagorno-Karabakh, Lieutenant General Rustam Muradov, was on board. At the same time, the interlocutor of the publication did not specify why the agreement on the exchange of prisoners between Armenia and Azerbaijan broke down.

Correspondent of “Sputnik Armenia” has reported that at the local airport, where the board landed, several dozen relatives and friends of the prisoners of war had gathered. After it became clear that the prisoners had not returned, some of the relatives offered to go to the building of the Ministry of Defence and join the protest action, which had earlier been staged by the relatives of the missing Armenian military.

It has been going on since Thursday morning, the newspaper reported. Its participants blocked the entrances and exits to the building of the Ministry of Defence, including with the help of cars. Thursday night a few cops came out to the protesters and asked them to unblock the building.

As the employees of the Ministry of Defence told “Sputnik Armenia”, they did not leave the building for more than 12 hours.