What are impacts of Shusha declaration on peace, prosperity and stability in the region? - View from Pakistan
Read: 431

Death toll rises to 181 from Israeli attacks on Gaza 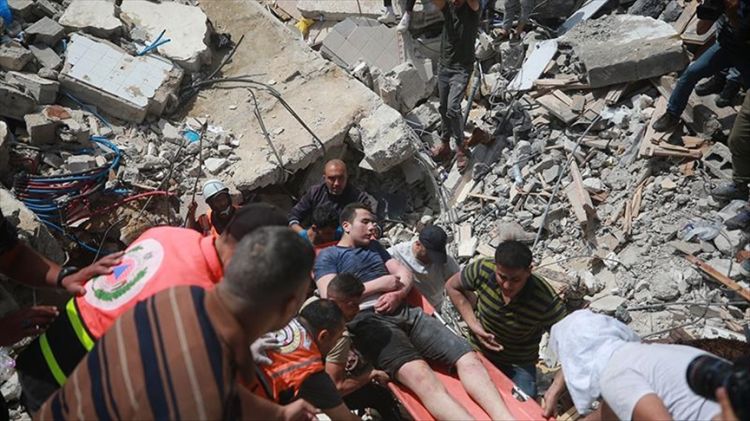 The death toll from Israeli attacks on the blockaded Gaza Strip rose to 181, including 31 women and 52 children on Sunday, Eurasia Diary reports citing Anadolu Agency.

Despite international outrage over its deadly raids, Israel continued its attacks on Gaza overnight Saturday into Sunday.

In a statement, the Palestinian Health Ministry in Gaza said 26 Palestinians, including 10 women and eight children, lost their lives in attacks carried out by Israel since midnight. The number of injured has reached 1,225.

Tensions spread from East Jerusalem to Gaza after Palestinian resistance groups there vowed to retaliate against recent Israeli assaults on the Al-Aqsa Mosque and Sheikh Jarrah neighborhood if they were not halted.