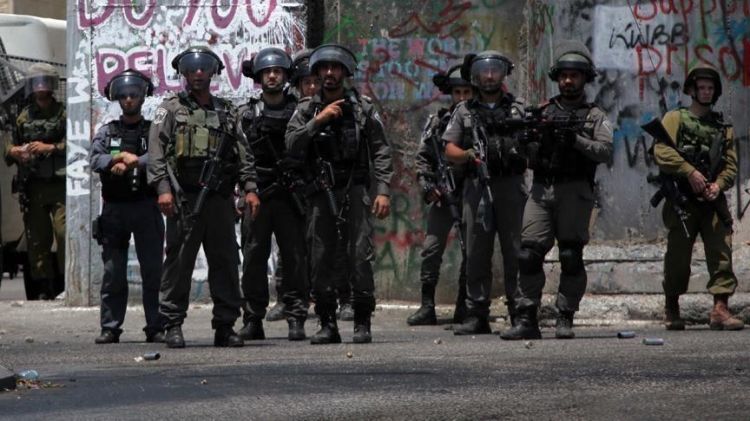 A Palestinian youth was injured and two others detained in an Israeli raid in the occupied West Bank on Tuesday, according to eyewitnesses.
An Israeli military force broke into Jenin city in the northern West Bank and arrested two Palestinians, the witnesses said.
Clashes erupted between angry Palestinian residents and Israeli forces during which the latter used live ammunition, rubber-coated bullets and tear gas canisters, they added.
One Palestinian was injured, while dozens suffered temporary asphyxiation as a result of tear gas used by Israeli soldiers, the witnesses said.
There was no comment from the Israeli army on the report.
Around 4,850 Palestinians are estimated to be held in Israeli prisons, including 41 women, 225 children, and 540 administrative detainees, according to Palestinian rights groups.
*Bassel Barakat contributed to this report from Ankara