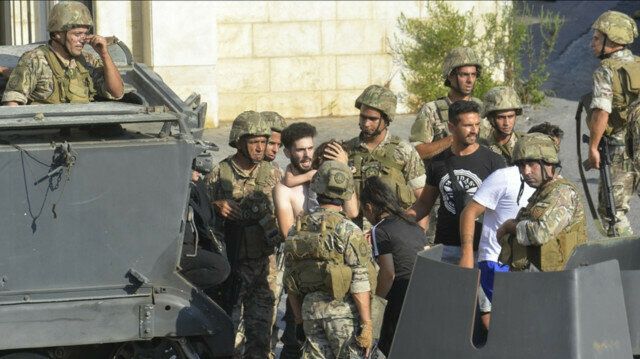 Armed men ambushed a funeral Sunday in an area south of the Lebanese capital Beirut which developed into clashes that left a number of casualties, the country's military said Sunday.
Gunmen opened fire during a funeral procession in the Khalde region for Ali Shibli, a member of the Hezbollah movement, the military said in a statement.
Shibli was shot and killed the previous night at a wedding ceremony in the town of Jiyeh, south of Beirut, reportedly in revenge for the killing of a member of an Arab tribe in August 2020.
Security forces have been deployed in Khalde, and if anyone with a weapon is seen on the streets or a bullet is fired, they will come under fire, it added.
The Red Cross has also called for a cease-fire in the region to treat the wounded and transport them to hospitals.
Due to armed conflicts, the highway between Beirut and the city of Sidon to the south was closed for a while.
Lebanon has been in a political crisis since a massive explosion rocked the port of Beirut in August last year. Following the incident, the government resigned, and since then, the country has not been able to form a new government.