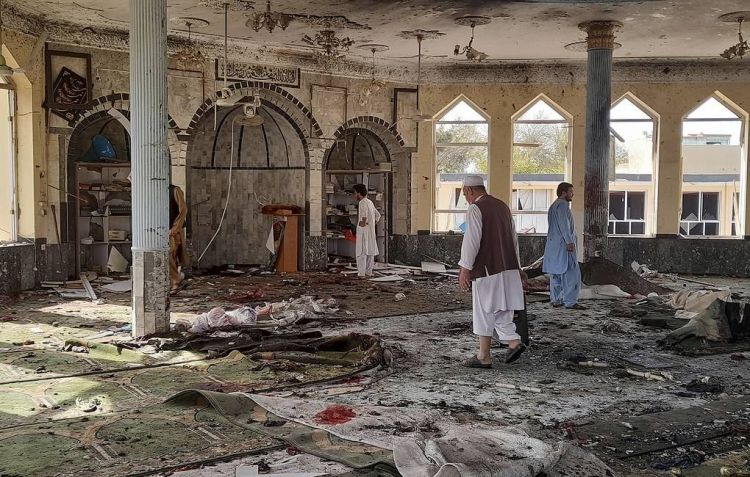 ISIS claimed responsibility for a suicide bomber attack at a Shia mosque in the southern Afghan city of Kandahar which left dozens killed and injured, a statement posted by the group’s Amaq news agency said,Al-Arabiya reports.

The statement added that two ISIS fighters shot the guards of the mosque dead, broke in and blew themselves up between two groups of worshippers, one of which consisted of around 300 people.

It was the second week in a row that militants bombed Friday prayers and killed dozens of worshippers.